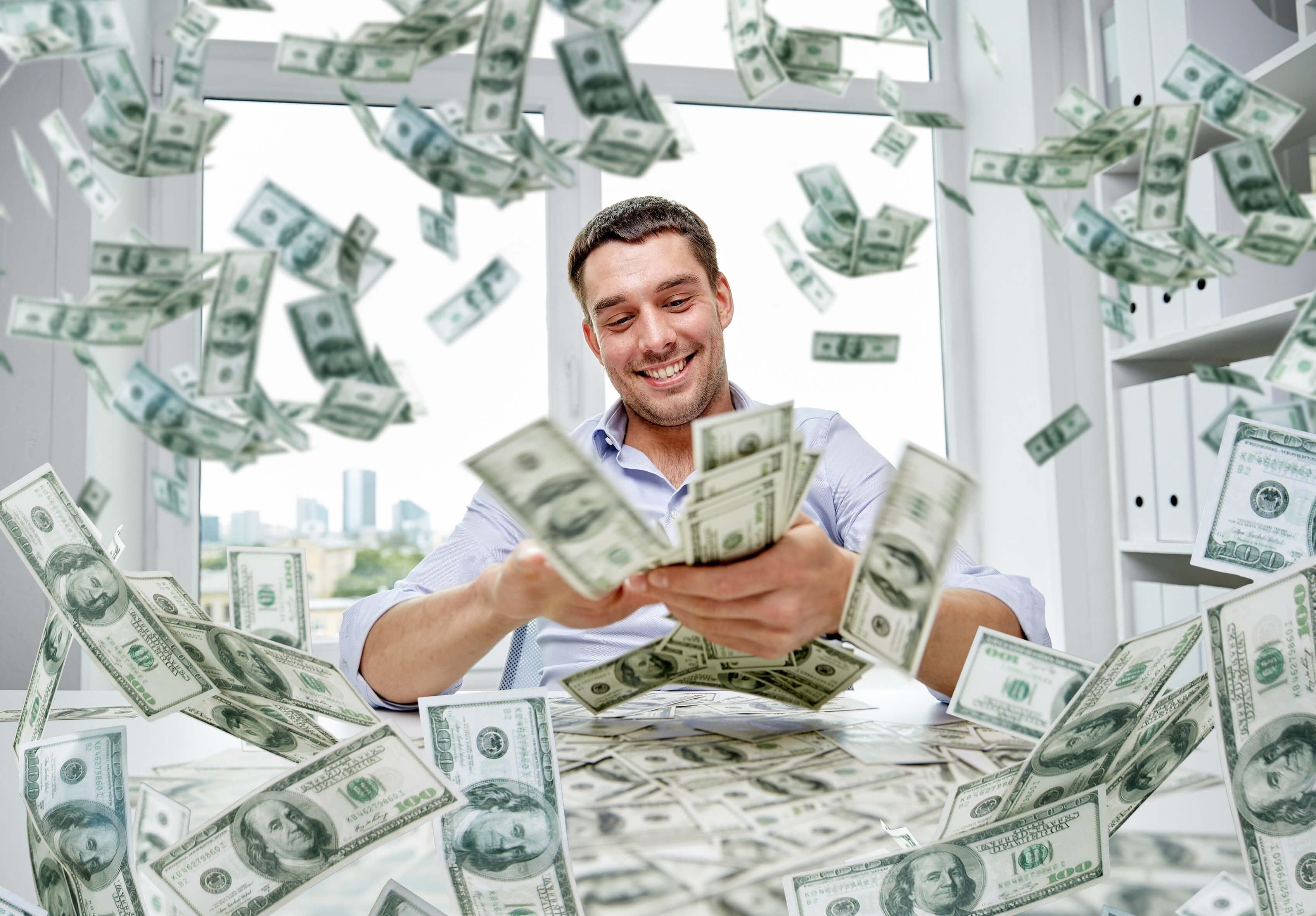 If you haven’t met a broke salesman, you haven’t met too many salesmen. We salesmen are notorious for blowing our money. Every sales manager in America has had to advance at least one of their top producers at some point. Even the guys who make millions in income per year can be cash broke.

We love to live on the edge. Most of us are addicted to taking risk. Risk with our bodies, our money and pretty much anything else we can risk. If it doesn’t scare us and get our adrenaline flowing, we usually want no part of it. Stocks? CDs? No, you can keep those safe, yet boring investments. We want some risk involved with our shit.

What Fun is Making a Lot of Money if You Can’t Blow It All?

Just because a salesman is broke, doesn’t necessarily mean he’s not a top producer either. Often, the biggest producer is the poorest bastard in the company. Top producing salespeople have no fear; this includes no fear of blowing their money and earning more.

Let’s take a glance into the mind of a salesman and find out why in the hell they are rich on Friday and broke on Monday, every single week. One of my mentors once told me: “You can’t overpay a salesman. They will always live above their means. The more money they make, the more money they blow.” In my experience, this is true 99 percent of the time.

Top producing salespeople are FULL of confidence. You can’t be a closer without having an extreme amount of confidence. Confidence is mostly a good thing, but it can leave you high and dry, too. Salespeople are confident they can always earn more money. They know if they just close a few more sales, they can pay for whatever it is they just blew their money on.

When you’ve won award after award, closed sale after sale and have a ton of prospects in your pipeline, it’s hard to think any dollar you have will be the last dollar you earn. Therefore, you blow cash like there’s no end in sight, because oftentimes, there isn’t.

I’ve lived out most of my sales career trying to buy shit that kept me motivated to go make more money. If I had a fat bank account, I wouldn’t have the desire to go earn more. I know me—I’ll get lazy. I’ll live off a fat bank account until it’s gone. I need to invest, buy and keep the economy around me stimulated. I’ve gotten a lot better now, but in my past for every fat check I earned, I bought myself something nice. Cars, houses, you name it.

Staying hungry dates back to caveman days. If the caveman had a cave full of food, he had no desire to hunt. If you have a fat ass savings, there’s no urgency to close a sale like you need it, because you don’t. If your cave is empty, you’re forced to go out and hunt for food. Evolution has traded full caves for full bank accounts. Many people need to stay hungry in order to hunt.

I first learned about upper limits in 2014, when I met a mentor who was really big on helping guys like me push through them. Prior to this experience, I didn’t even know I had them. Upper limits are psychological limitations we (in most cases) unknowingly place on ourselves. In other words, if we have $10,000 in our bank account and we think we don’t deserve it, we will drain that well dry.

Many of us grew up dirt poor and didn’t have parents who taught us how to manage a six and seven-figure income. Growing up this way often exposed us to phrases like: “Money is the root of all evil,” and other crap. Even though consciously we know this is garbage, subconsciously it’s planted deep within us. It all translates into: “You have too much money, so blow it, because you’re not worthy of having this cash.” We sales folk are a glutton for self-infliction.

I know me. You need to get to know you. If you have an upper limit problem and you are tempted to blow money, blow it on investments, stocks, real estate and cars to flip. My neighbor bought a McLaren P1 , drove it for a year, sold it and made a million dollars in straight profit when he sold it. That’s the type of money you need to condition yourself to spend.

Spend money with the intention of getting it back. Instead of strippers, drugs, bottle service and high fashion, spend it on cars you can flip and houses you can rent. It may be hard at first, but all habits have to form at some point.

On some days, my blog is read 50,000 times, so we want to make sure we serve those who are 100 percent ready first. Thanks for cooperating. Also, don’t forget to share this with your friends and fellow salespeople.