How To Scale Your Business Without Going Broke In The Process 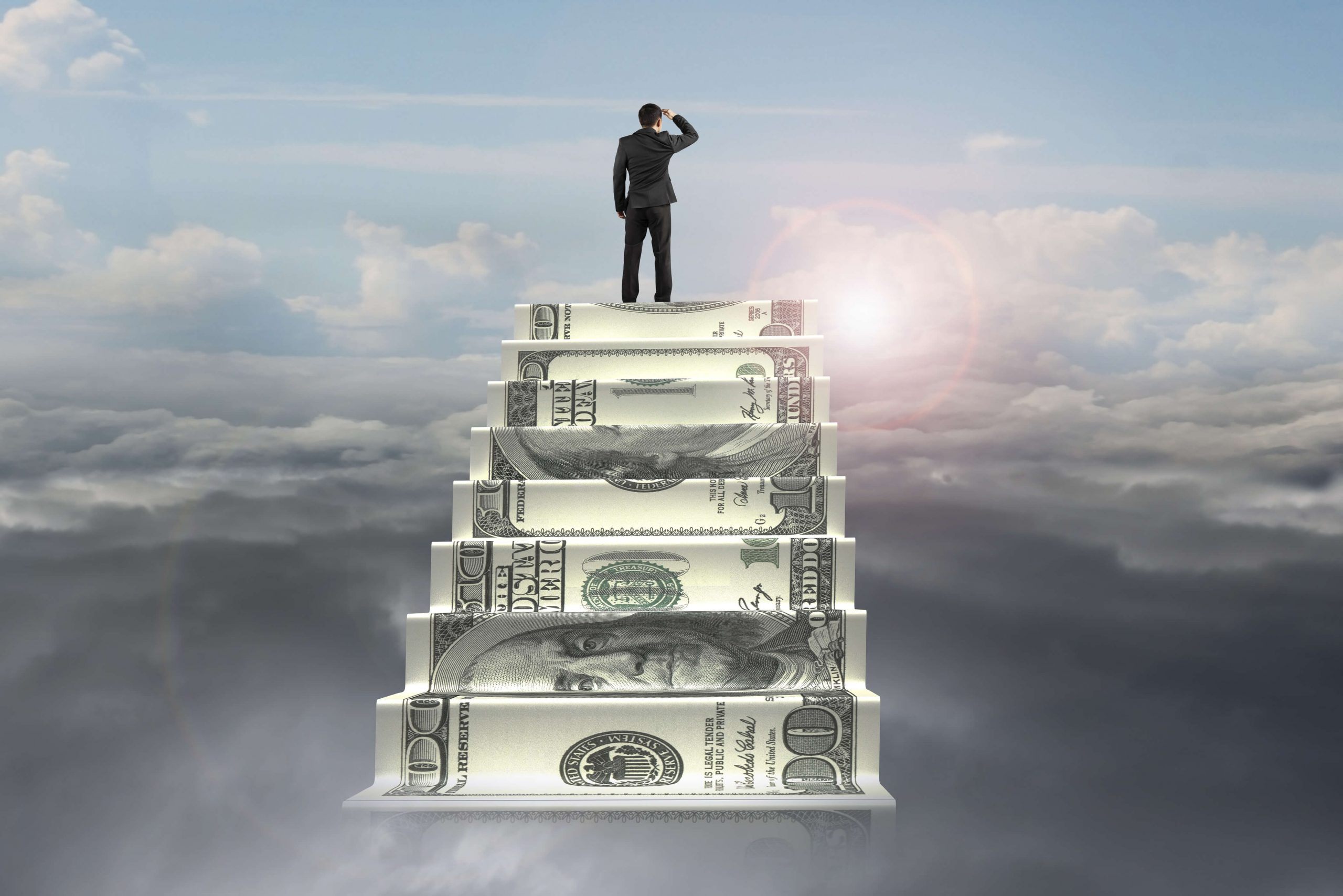 In 2012, I lived with my (now ex) in-laws, in their upstairs extra bedroom. I had no money to my name. I was recovering from two huge financial losses in an extremely short amount of time. I had lost about $30K in PPC ads, on top of losing my financial license.

Since I had lost my financial license, I wasn’t able to go get a job in my field of expertise. Since I had lost my life savings, I had no money to invest in any kind of major PPC ad campaigns. I was f*cked. Thank God my in-laws kept food in the pantry, or I would have starved.
Can you imagine how humbling this experience was? I had been one of the top mortgage guys in the country. Earned seven-figures in my career. Had the respect. The money. The power. And then I found myself living with someone else’s parents. If it hadn’t been for Jax, I would have probably given up. instead, I knew I had to make some moves, so I could better provide for my family.
In early 2013, I borrowed some money from a few folks and flew out to Las Vegas for a couple days to meet up with Kevin Nations. While at Kevin’s house, I met another guy: AJ Roberts. AJ had been the world’s strongest man at one time. No shit! He’s a big-ass dude. AJ called me over to the table and asked if I had ever run Facebook ads. I told him my story and he went on to tell me about Facebook ads.
After a few minutes of talking, AJ grabbed my laptop and looked into my YouTube channel. From there, he downloaded one of my old videos onto my desktop. He proceeded to upload that video to Facebook and show me how to run an ad to it. I was embarrassed to tell him my ad spend budget was $25. It was literally all I had. If Facebook billing hit my credit card before I made it home, I was not going to be able to check out of my hotel.

I was naturally scared as hell. The last time I had done any PPC, had been on Google and I had lost over $30K.

I was not only afraid of losing my money, I was afraid of losing my pride in front of a group of high-powered entrepreneurs. Maybe I had made a mistake flying there…
AJ finished up my ad and promoted it. I still remember wincing when he hit the “Place Order” button. My ass literally puckered. I knew at that moment, I might not make it home.
After he placed the ad, that was it. No climax. No dramatic music. Nothing. We just had to wait for Facebook to approve it. Truthfully, I wanted them to deny it, so I had a reason not to spend the money. The universe was with/against me that day, depending on how you look at it.
Kevin took us to lunch at the Anthem Country Club and I’ll never forget what happened next. About an hour and a half after we placed the ad, my phone started to light up. Within 20 minutes, I had five or six leads in my phone. Fully filled out surveys with prospect’s income, issue and incentive to move forward.
As soon as we finished lunch and made our way back to Kevin’s house, I went outside and made a call to one of the leads. Thirty minutes later, I had $1,000 in my PayPal account. I went on to call the next lead, no answer. But the one after that, made me another $1,000! I now had $2,000 more to my name than I’d had in my account in the last 90 days.

Shit had me fired up. I added $200 to my ad spend, making the spend now $225/day. Each day I would make five sales, then add more of my money into places that needed it.
My first expense went toward hiring an assistant. I needed someone who could do the tedious things for me, while I handled the big shit. It was a stretch to make this expense. I value people, so I don’t want to be cheap with them. Between ad spend and the cost of labor, my bills had gone up significantly. But so had my income.
After having an assistant for about a year, and it just being the two of us, I became exhausted. It was getting damn near impossible for me to make ALL of the sales, content, keep the books, and everything else that comes with running a business. It was time to hire again. Hiring is always a risk, so I was a little hesitant.
I had hired in the past and most times it hadn’t worked out. Matter of fact, I had to fire my first assistant and hire the one I’m referencing in this post. My next hire had to be someone who could sell. It had to be someone good, too. After all, this salesperson would be representing a sales organization. My sales organization!
It was hard as hell to turn my leads over to someone else. As expected, I had to hire and fire several people before I found the right person for the job. It was frustrating as f*ck. As soon as I’d found and trained the right one, I was able to scale my ad budget to match.
Now that I had an admin on staff, a salesperson and me, my machine was starting to form. I went from having roller coaster months, making good money one month, then BS money the next to gradually ascending and growing. Slowly but surely, I was starting to scale this thing.

My next three hires were more salespeople. As expected, it took me hiring and firing roughly eight people to find the three I needed.

At this point, my ad budget had to increase to meet the demand of the sales team. I had to push my ads up to around $750/day. That meant I had to insure my sales team could sell enough to cover ads, commission and admin costs. It was again, frightening as hell to turn it over to other people. Once I got the machine dialed in though, we took off like a rocket.
Our months went from incremental growth to rapid momentum. I’ve been able to run even more ads, contract more sales help and even hire tech and video crews full time. I’m now running ads on over 15 different platforms in eight different countries.
Nothing happens overnight, and it wasn’t all rainbows and sunshine along the way, but I did scale my business from a $25 start-up using consistent strategic methods to allow me sustainability. And I was able to hit multiple seven-figures in less than three years. It was all done from balancing an advertising investment against human capital. As I got more people on board to help, I ramped up the ads to match the labor demand. I’ve carefully kept kept this plan in balance for three years now.
It doesn’t take a lot of money to get started as an entrepreneur, but it does take skill, confidence, discipline and advertising.
← THC Podcast 019: The 5 Phase Selling System That Will Close You More Sales THC Podcast 020: The Five Fears Salespeople Need To Face & Conquer →