The Simplest 4-Step, Lead-Generating Funnel Ever 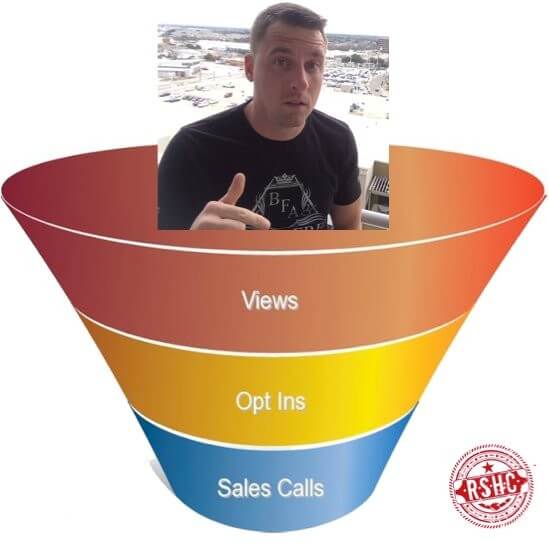 You may think this is friggin’ pointless for me to say, but I’m gonna say it anyway. Leads aren’t any good if you don’t contact them and give them the opportunity to turn into clients.
I’m not even kidding you, most people are afraid of leads. Well, it’s actually worse than that. Most people are afraid of success.
Us self-loathing salesmen will talk ourselves out of a sale faster than we can talk a prospect into becoming a client. 99% of you reading this would be 10 Xs richer if you weren’t so damned hard on yourself. *Rant over*
Once you get the client on the phone, email or text, you still have to close them. If your video has done its job, they are already somewhat pre-closed. Remember, they are communicating with you because they showed interest.
At this point, it’s also important to understand that they have invested a significant amount of time in getting to know you. They saw your ad, watched your video, filled out your form and arrived on schedule.
That’s a smoking hot lead, my man!
You’ll never close them if you don’t contact them, though. Some folks say call within the first three mins. I say nobody likes to be called. I prefer to text them and set up a time from there. In most cases, my prospects can be closed via text and a phone call doesn’t take place until they pay.

As I said at the very beginning, it doesn’t take all sorts of fancy shit to make a good funnel. What it DOES take is you being good at what you do, that you are knowledgeable about your product and firm on your call to action. Cover those main bases and you should be good. If you’ve got a problem from there, it’s either you or your targeted traffic. This is why you must test, test, test.