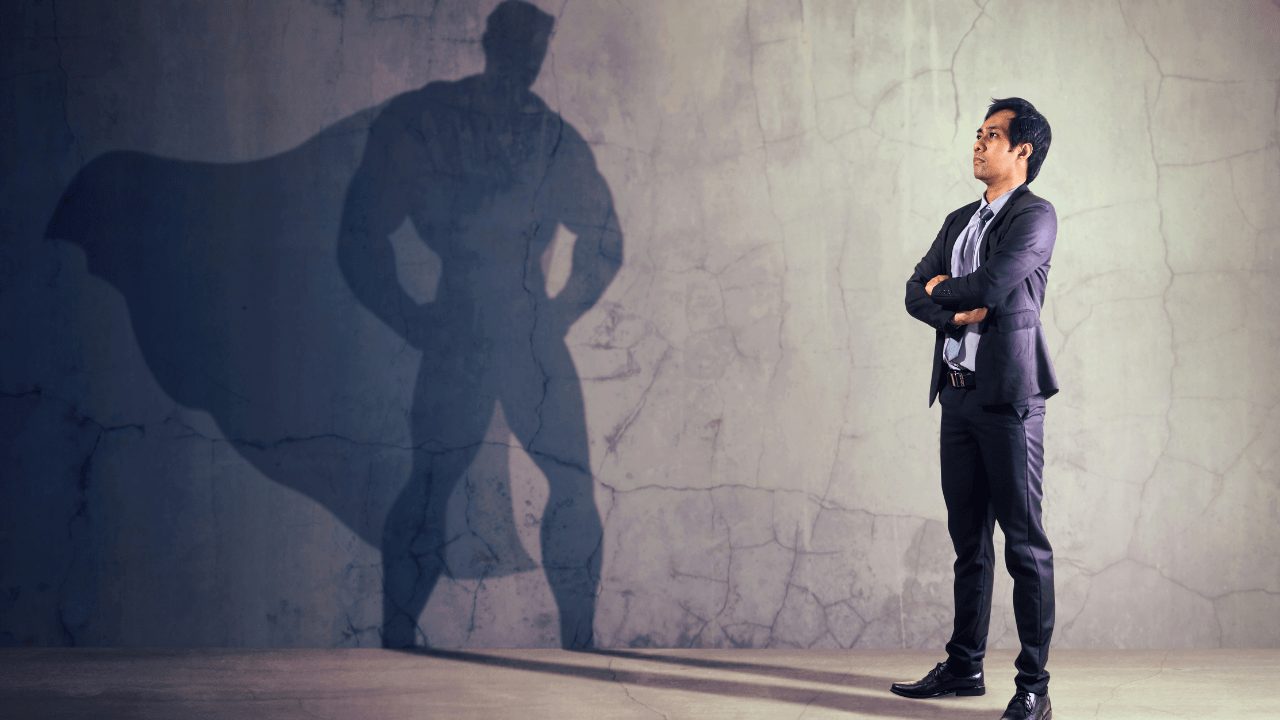 Have you ever gone to a networking event or a function, and as you took in more and more from the people around you just felt inadequate? I mean, it seems that everyone in the room is either killing it, making money, they have the most beautiful significant other, or somehow they live on a much higher level than you?

I know when I first started surrounding myself with “winners,” I felt like I was in a “shit-suit,” and was waiting for someone to point out that I was “THAT” smell in the room. It would throw me completely off my game too. I could feel the confidence leaving my body, and I was counting the seconds on the clock until I could go.

At the very least, I would take my place in the crowd and do my best to blend in, while secretly inside wonder what on earth the people who were “alpha” in the room had that I didn’t have.

Was it luck?
Did they make choices earlier in life than me that lead them to this state of power, influence, and control of themselves and the room?
Maybe they were just “gifted” with a superhuman ability to be social butterflies, and they knew something that I didn’t know about being prolific…

Well, I’m here to tell you that’s the exception, NOT the norm.

After coaching top-level athletes, business moguls, thought leaders, and influencers…I’m here to tell you that they STILL have the same fears we all do. They still make mistakes, call shots that miss, and sometimes look foolish in the process.

It is true, though, that their self-image is healthy.
It’s also true that they have something extra…

Honestly, they care more about what it is they’re called to do than what you think about it.
See, they have a purpose.

They feel the fear and do it anyway.

There is no exact formula except they’ve invested time in getting definite about what they are doing, why they’re doing it, and what outcome they expect from it.

From that small choice comes confidence. Not confidence that they’ll nail it in front of you…rather the belief that they won’t quit no matter WHAT YOU OR ANYONE ELSE THINKS.

These titans are willing to do whatever is necessary and face any fear to realize their objective.
Their focus is palpable because so few people around actually know what they want. We often judge others on how we perceive them winning and measure it against all of our losses.

Although it isn’t an exhaustive explanation of imposter syndrome, you need to know that your fear of being inadequate is just as powerful a demon to the highly successful as it is to someone who’s just starting.

The difference is that winners just won’t quit.
They’re willing to get their ass back up after a catastrophic loss, dust themselves off, and call the shot again.
They’re willing to stand with their fears, quiet their minds, and do what’s necessary to reframe to improve.

So, the next time you want to hero-worship someone, consider that you might just be lowering your opinion of yourself to do so.

The real question is…

See ya’ in the trenches.