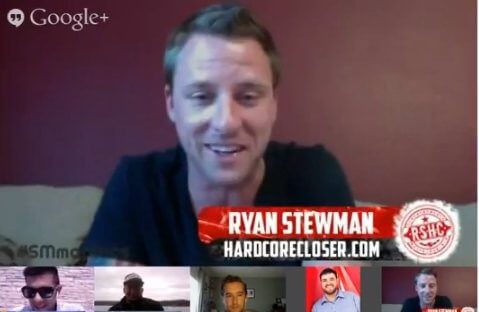 What you are about to witness on this show is the future of our country. These 4 young men are leading the way for future entrepreneurs. Taking risks, dropping out of college, creating mobile technology and doing shit, are just a few of the struggles faced by our guests today. To this crew, struggles ain’t shit. These guys are in it to win it. You can see the confidence written all over their faces.

A few months ago I noticed a guy named Cory Shanes on facebook. He commented on a lot of the same threads as me and we ended up connecting. I would see his posts in my newsfeed and this dude was never home. He was always on the move. I would see him posting about making money from his laptop where ever he went. I was intrigued and apparently, many others are as well.

Cory introduced me to Jake Tital who is the master of letting Cory close deals for him [inside joke]. From there I had the pleasure to meet Chris McCann with Outlier Academy as well. Originally we had another guest scheduled, but lucky for me, Michael Jacobs showed up and even wore his fancy Burberry robe.

I had never met Michael Jacobs before but I’m glad I got the chance. He’s been featured in Entrepreneur magazine for his work on www.socialinkapp.com a super cool social media connection app. Michael has also interviewed the famous Gary Vaynerchuk. Turns out, on this show that doesn’t mean shit because all of these young hustlers have had facetime with Gary Vee.

It’s a cool feeling to know the future generation has its hustle on too. These guys are setting the pace for the 20 something sales pros. They are living the life they want and impacting the right people in a major way. As Cory so eloquently puts it “Ethically persuading people to open their wallets in a major way.”

Be sure to share this episode on social media and don’t forget to tune in each and every Friday LIVE at 10am CST. Enjoy the show.

The One with Cory Shanes, Michael Jacobs, Chris McCann and Jake Tital

← How to Help Agents Promote their Listings using Pinterest Social Media Maniacs: The One with Dionne Malush Chris Weaver and Bill Lyons →