Social Media Maniacs: The One with Everyone On It 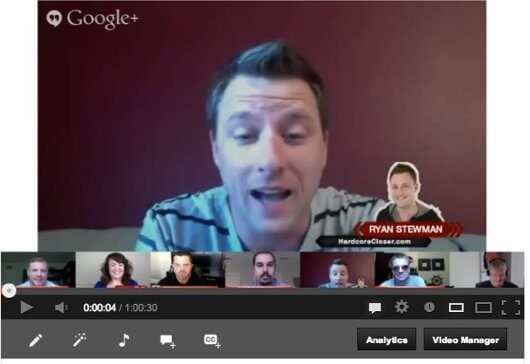 Last week Nick Carpenter told me he was going to be preoccupied this week and unable to co-host the HOA. He sent me a list of possible co-hosts and told me to find a replacement. I decided to find replacements instead. So I conjured up the courage and sales finesse to send out one of the most compelling pieces of sales copy ever written. It went something like this; “Hey, what’s up? I’m doing this live hangout thing on Friday next week, wanna join me?” 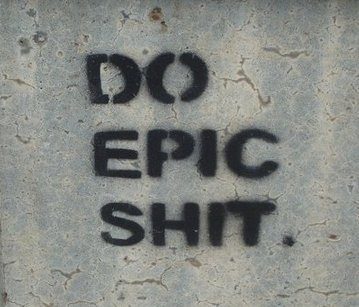 I don’t have the time to explain all of the jedi-ness that is going on in the formation of this uber-compelling sales copy, but just know it worked. It worked well enough to get AJ Roberts, Brian Horn, Kenneth Pugmire, Brandee Sweesy, Seth Larrabee and even Sean Vosler. That’s right. I did it. I managed to trick all of them into hanging out with me on youtube. We even had an “ah-ha” moment brought to us by Jason Moffatt aka the Jerry Springer of Google+.

We talked for over an hour about life, business, latest ideas and products while just having fun and being entertaining in general. When you mix a buch of high-level individuals together you’re bound to get some kick-ass content and conversation. This show was no let-down in that area. Matter of fact, the show was not a let-down in any area.   Each one of my guests is doing amazing things for their clients right now. We talked about the state of SEO and authority with Brian Horn. AJ Roberts told us about how he is about to unleash the most gangster life domination program ever. Seth Larrabee is about to release at least 63 interviews of some of the top talent in the IM world. Kenneth Pugmire is so friggin busy he decided to combine his magic powers with Mr. Horn-Dog. Brandee Sweesy is smart enough to bring her own “$97 special” flyer, what a badass closer she is. Sean Vosler was on for a bit talking about his new software product before quickly being pulled away by the legendary Andy Jenkins. I’d say it was a hell of a cast.

It’s not easy to herd cats so you know this hangout had to be carefully orchestrated on my end. I wanted to make sure the flow was correct and each guest get the right amount of time to talk. I would like to thank each and every one of my guests for taking the time out to come hang. It was fucking awesome!   Enjoy the show…

The One with Everyone On It