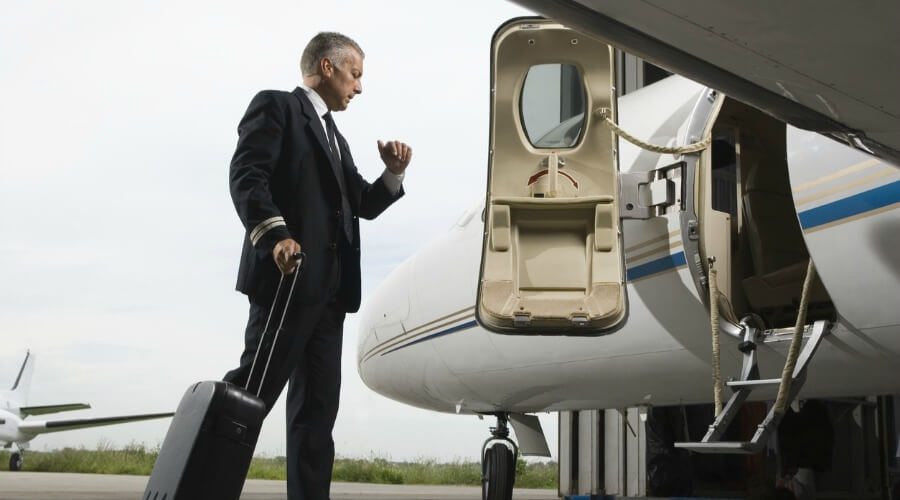 In 2010, I was on top of the world. I had come back from being under the rock on the bottom and was kicking ass at life again. I was a mortgage loan officer and while everyone else was leaving the industry, I was lining my pockets with loads of cash.

Then it all came crashing down around me. Again!

With the economical issues created by the mortgage meltdown, the US Government decided to legislate and pass a law called the Dodd-Frank Act. Out of the Dodd-Frank Act, the CFPB was created and it shook the entire mortgage industry. It shook my world. I went from earning multiple six figures annually on a W2 commissioned income, to being jobless and unable to work in my career field any longer.

Talk about a nightmare come true!

I met with one of my referral partners and he told me I needed to hire a mentor. Up until that point, I’d had mentors in my life but I had never thought of paying someone successful to teach me how to improve. On his recommendation, I started looking at this fella named Frank Kern.

Kern seemed a lot like me. He was chill, smart, funny and liked to smoke weed. I bought a few of his products and started implementing what he taught in them. I started making money and wanted to take my business to the next level and I knew he could help. 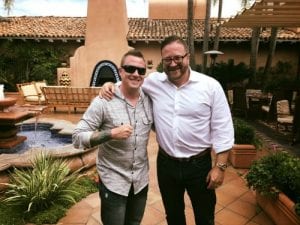 I filled out a lead form on his site and a guy named Kevin Nations called me. Kevin pitched me on an $8,000 program that lasted 8 weeks that he and Frank were putting on. At this point, I had been unemployed for quite a while. I didn’t go get a job because I was chasing the dream of working online and from home. Meanwhile, I was still living like I was making half a million a year and my savings was dwindling really fast.

In other words, I didn’t have $8K to give Kevin and Frank. That didn’t stop me from telling them I was in. I told them I was in and I went to work pulling a few strings to get the money to pay the cost of joining the program. I joined the program, learned something new and went off to work with it.

From that $8,000 investment, I created what’s now known as The Tribe, which is my high-end mastermind.

I’ve had this program running since 2013, and I have grossed over $3 million from it. The program is on track to sell $3 million this year alone. Was it easy? Nope! Did I make it happen? Yes! And all because I hired the right mentors to help me get my business in order. 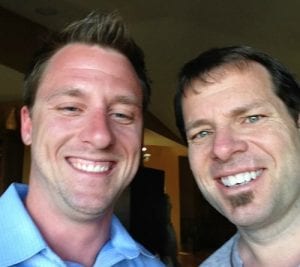 Out of that program, I formed a relationship with Kevin Nations. I ended up paying Kevin $25,000 to work with me for the year. This included what was known as The Family Mastermind. I met some of the best people on the planet while working with Kevin, Garret J. White, Jody Jelas, Brian Horn and many more of my good friends who all came from that mastermind.

The year I worked with Kevin, I made more than I’d earned while working as a mortgage officer.

I finally had systems, a style, a program and a sensible way to sell it. Also, from working with Kevin, I created Break Free Academy, which grosses sales over $2 million annually.

While working with Kevin, I met Garret J. White. GJW runs a program called Wake Up Warrior out of Laguna Beach, California. It’s a personal development course for Alpha males. Tony Robbins makes you walk on fire, Garrett J White makes you punch the guy next to you in the face. I paid over $30,000 to complete his program in 2014 and it changed my life. Still, today, I make sure I cover my Core 4 and take care of the things I promised him I would take care of. 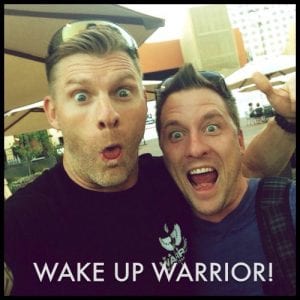 I have also hired Adam Spiel, AJ Roberts, Donald Wilson and Jason Hornung to learn Facebook ads. For these 4 mentors alone, I spent over $100,000. I sought out the people who were the top Facebook Ads managers on the planet, then hired them to mentor me to become better. As a direct result, I spent over $250,000 last year on Facebook Ads and got a 10X return on my investment.

I’ve also worked with Russell Brunson in his Dot Com Secrets Inner Circle program. The things I learned from Russell weren’t really on the marketing side. I mean, I did learn marketing from him, but I really learned how to run a company just by watching him. I learned how to better leverage technology and people to do ONLY what I’m best at and love doing.

The year I worked with Russell was my breakout year. He helped me catch momentum.

I spent over $30,000 with Alex Charfen in 2016 and I took my team to his amazing office for a 2-day retreat. I learned so much that I did it twice. Then I ended up doing promotions with him among other things. He taught me how to install systems into my workflow so I could operate at maximum momentum consistently. 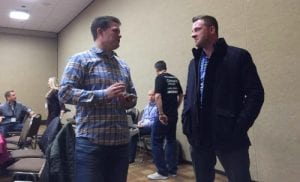 Last year, I paid a big-ass grip of money to spend two days at Frank Kern’s home in Southern California. It was just me and five other entrepreneurs along with Frank, locked in a room for two days. In day one of that meetup, Frank taught me a new business model. Out of that meeting, I created BFA Entourage which is on track to do multiple seven figures in the first year.

As I type this out, I’ve just returned from spending a day with Marshall Sylver, the world’s greatest stage closer. We spent an entire day locked inside his 17,000 square foot home, working on my stage presentation. The price for a private day with Marshall is $50,000. As a direct result of that meeting, I will make tens of millions. The value he gave me was unmatched. Now, I just need to put it to action. 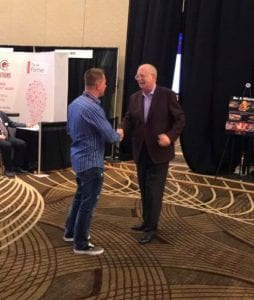 You’re not here to read a list or look at my financials, though. You’re here to find out what I spent a half a million dollars to learn.

Here’s what I learned. 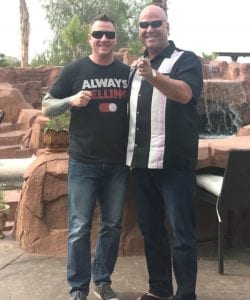 I learned that when I invested in myself I won.

I have hired dozens of mentors over the years and I have never lost money. Paid mentors gave me the direction I needed so I could take action on their advice and profit from it. When I invest in myself, my subconscious doubles down on my confidence levels and I have always won.

I also learned that mentors have always given me the outside perspective that I was missing. The way Marshall Sylver taught me to re-frame my product offer makes total sense and is way better than I already had it; I was just too in front of my own product to see it from another angle.

If you’re thinking about hiring a mentor, joining a mastermind or something like that, do it. First off, it’s tax-deductible, I’d rather pay a mentor than my Uncle Sam. Second, if you hire the right mentor, make sure they are the best at what they do. Look at the list of legends I’ve paid money to. I didn’t spend money with fake people, mentors with no credibility or any of that. I went to the best.

Mentors have changed my life. I hope you get to have one change your life one day as well. I’d like to be that guy if you’re looking. I’ve got the track record and no matter what you sell I can help you sell more. But there’s way more to what I do than selling. I teach people how to run businesses and become wealthy through sales and marketing. Join me at www.breakfreeacademy.com/tribe

← THC Podcast 062: Five Tips For Building A Profitable Referral Network How NOT To Make Sales From Facebook Groups [Video] →