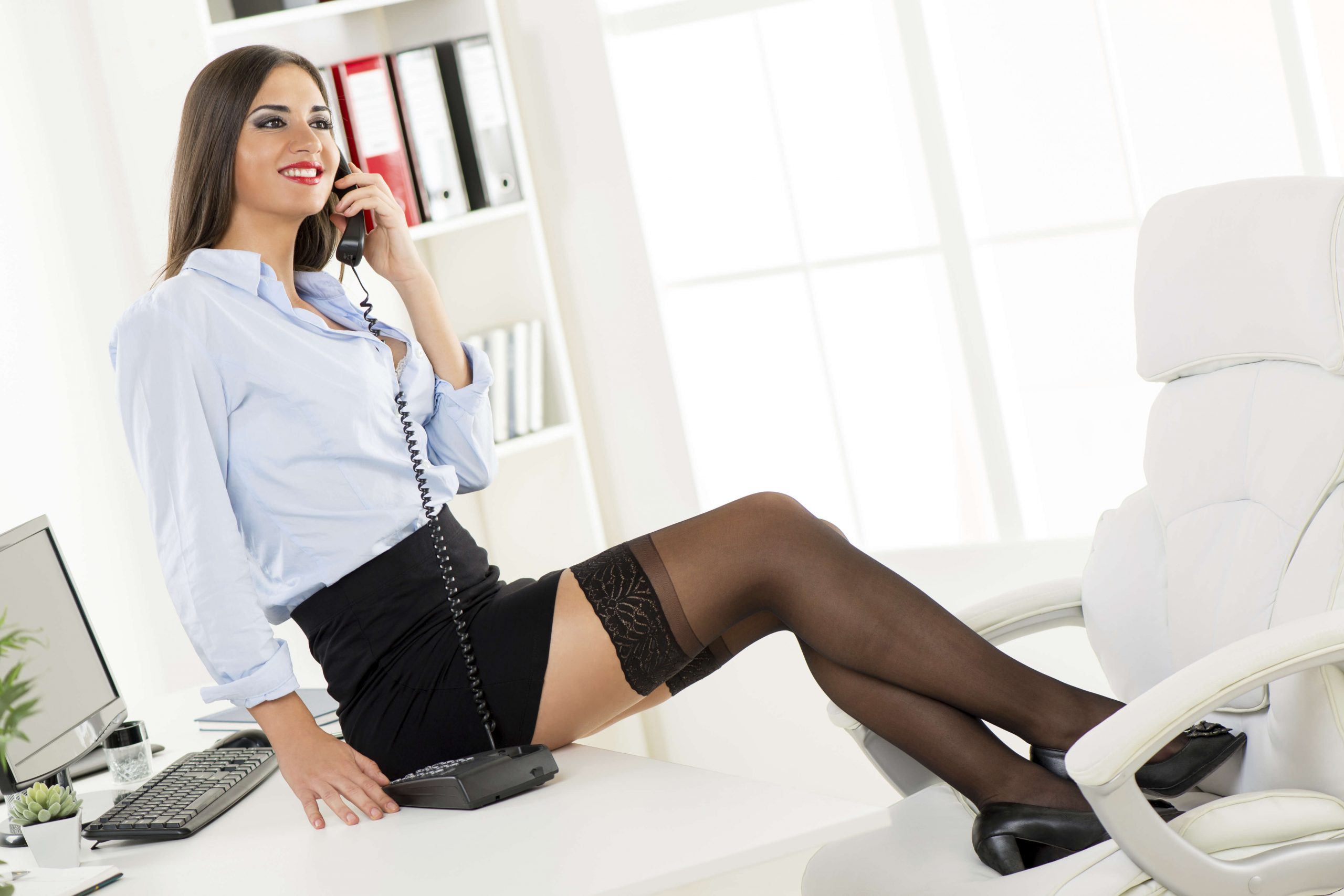 If you’re a dude, this has happened to you. There you are, doing your job, minding your own business, and then the company hires a chick you can’t keep your eyes off of. Suddenly you’re off focus and can’t seem to sell a damn thing. All you can think about is taking her somewhere other than your office and showing her how much of a Closer you really are.

Sales is a testosterone driven field and it’s sexy as hell when a woman enters the same career field you’re in. I mean think about it. You already have something in common. You’re both in sales at the same company. She’s not only hot, she’s probably a lot like you are. It’s totally a match made in heaven. She should let you hit that. Right?
Look ladies, don’t even act like you don’t notice every dude in the office’s eyes dilate just a little bit when you enter the office in the morning. Wearing that dress that’s just barely within HR standards, along with high heels and a make-up game on point. We all see you and we all know you see us wishing you were ours.
You remember in the movie Wolf of Wall Street, when they had all the hookers downstairs? I’m 99% sure Jordan did that to keep his salesmen off his saleswomen and on hookers. That way the office balance didn’t fall off too far. But hell, as evidenced in the movie, even providing hookers didn’t keep some of the sales dudes off of the saleswomen.

I’m just going to be as real as it gets here. That’s all I know how to be. Maybe you need to get laid. Hell maybe you just need to jerk off. Either way you need to get a release. If she’s occupying that much of your mind, you gotta get it clear. You’ve got money to make and you can’t let your sexual desires cloud your judgement or steal your focus.
Really, what I’d do is hit the local club or bar and try to pick up the chick that looks closest to your co-worker. Whatever you do, don’t f*ck your co-worker. The hot chick is off limits. You don’t want to lose, or ruin a good job over some ass. Most men can’t separate work and personal life, no matter how hard they try and convince themselves.

Whatever you do, don’t sleep with a co-worker

Sleeping with a co-worker can be a nightmare. Rarely does sleeping with another employee work out. Most of us can’t handle emotions or being around someone we used to bang. If she’s on your mind and driving you nuts, go find a doppelganger but don’t bang your co-worker. No matter how good of an idea it seems at the time.
If the two of you work in the same area of the office, shut your door and close your blinds. That way you won’t be tempted to get distracted by those smoking hot stems she keeps crossed over each other all day. Keep the visuals to a minimum and focus on work. If you’re in an adjoining cubical from her, move your computer and stuff to where your back is facing where ever she is.
I’ve made the mistake of sleeping with the hot chick from work. Even though I knew better, it still happened. Not one single time did it work out or did I feel better about work. Sleeping with co-workers costs you money. MOB man. MOB. I’m talking from experience. The only time you should bang a co-worker is if she’s your GF or wife. Leave the new girl alone.

Avoid the conversations other co-workers are having about her

“Man, that Veronica Vaughn is so damn hot. Me and her totally GOT IT ON if you know what I’m saying“
“No you didn’t” -From the movie Billy Madison
You know how the other guys are. They talk sh!t about stuff that never happened and they will never do. Most guys are like Jamie Foxx in Booty Call. All talk and nothing to back it up. Don’t get your mind off track by participating in stupid conversations that just demean the chick and distract you from the one reason you’re at work. To close sales.
The absolute best way to keep focused when the new girl is hot, is to make a sale. I don’t know about you, but there’s no high like making money. Damn near everything you need in life revolves around money. You and I both know that the more of it you make, the better you feel about yourself. Chase money, not women. You get the money and women will chase you.
You never see a chick chasing after a dude in a Honda, but the game changes when you drive a Lambo. Money changes everything and the only way you’re gonna make more money is by closing sales. Not by staring at the hot chick down the hall. There’s plenty of hot chicks out there looking for a Closer with a Lambo. Trust me.
Lastly, if you’re in management, you know who you need to send this to or share it with lol. Send it to them. Make sure you tell them to subscribe while they are here :-) I’m looking for a few badasses to work with too. You can apply here www.hardcorecloser.com/hardcore-closer-mastermind
← How Being "Too Busy" Can Destroy Your Entire Business THC Podcast 010: Do Not Blow Sales By Being Desperate →