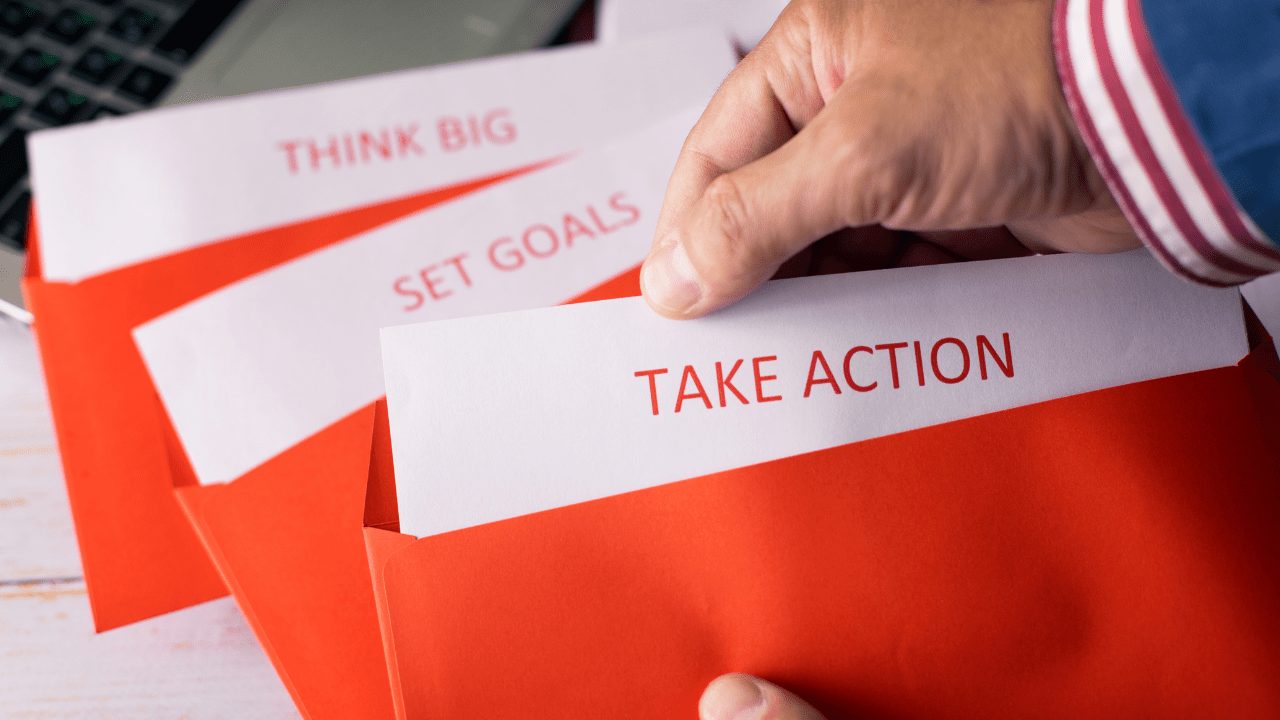 I am a firm believer that to be truly successful in your business you must become comfortable with taking imperfect action. It didn’t always used to be this way, though. In fact, for a little bit of background, I was raised to do everything I set out to complete PERFECTLY.

It didn’t matter how long it took, or how much energy or effort, perfection was the only acceptable outcome.

Now, that may not seem like a bad thing. Especially in a service-based business. But the truth is, it played a part in ending my first business. I was so intent on being perfect on every installation, the way the wires were laid, the way the boxes lined up, everything absolutely perfect, that jobs were taking significantly longer than they should have, and I was losing money.

You see, I rarely if ever got anything done on time. I was so consumed with the need for perfection. I refused to finish projects until they were 100% perfect, and not perfect to the customer’s standard, but to mine. This caused major cashflow issues and ultimately crippled my business.

What I learned after that experience was that my need for perfection wasn’t helping me at all. In fact, it had caused my life to stagnate. I was limiting my true potential because I was so caught up in making sure everything was perfect. And I was wasting a ton of time, too. Now, don’t get me wrong. That wasn’t an easy pill to swallow. The drive for perfection was deeply ingrained in me from a very young age, and it didn’t go away overnight. It wasn’t until after I had reflected on it heavily, for years, that I was able to understand that perfection isn’t always the best way, especially for business owners, and then begin to reprogram my thinking around the subject.

Have you ever heard the saying, “Imperfect action beats perfect inaction every time”?

I’m here to tell you that that statement is true. But it took years of coaching and personal development, and true commitment on my part before that truth became a reality in my life. I started studying people who we would consider truly successful, business owners at the top, and one of the things that I realized they all had in common was that they were ready and willing to take imperfect action, and then course-correct as needed. It was because of their example, and at the encouragement of my coaches, that I began to take imperfect action in both my business and my personal life.

Here’s the part they don’t tell you…When I stopped focusing on perfection and started taking imperfect action instead, my world started moving and my new business started growing at an unprecedented rate. I had dozens of employees, and more than enough work to keep them busy.

I was making more money than I’d ever made before, and there was no end in sight to the potential.

I was growing a family and buying houses. I was investing money, writing books, speaking onstage at mastermind events. I was literally becoming a different person. All because I had let go of the need for perfection, and started taking imperfect action instead.

Think about big companies like Apple or Microsoft. This is how they get things done, and how they are leaders in their industries. It’s all about the imperfect action. They release a product knowing it’s not perfect, but the whole time behind the scenes there, their development team is working on the bugs. They’re working on the fixes and sending out updates. They may have released an imperfect product, but they continue to refine the software as time goes on. Look at it this way, if they waited until everything was perfect before releasing it, it would be years before they rolled out anything new. They wouldn’t even be able to compete int he marketplace that way.

Remember that I said this switch in thinking doesn’t happen overnight. Especially for entrepreneurs. When you start to build a business, you are in complete control of everything, but to take imperfect action you have to be willing to let go of some of that control. It means you have to delegate. It means you have to be willing to put things into the market that aren’t always shiny and amazing. But if you aren’t able to do that, to release control and your need for perfection, you will be the business for the rest of your life. At that point, you own a job, not a business. And I don’t know a single business owner who set out to live like that.

I want to be very clear here that I’m not talking about just doing a half-ass job at everything.