Stop Treating Internet Leads Like a Race To the Bottom 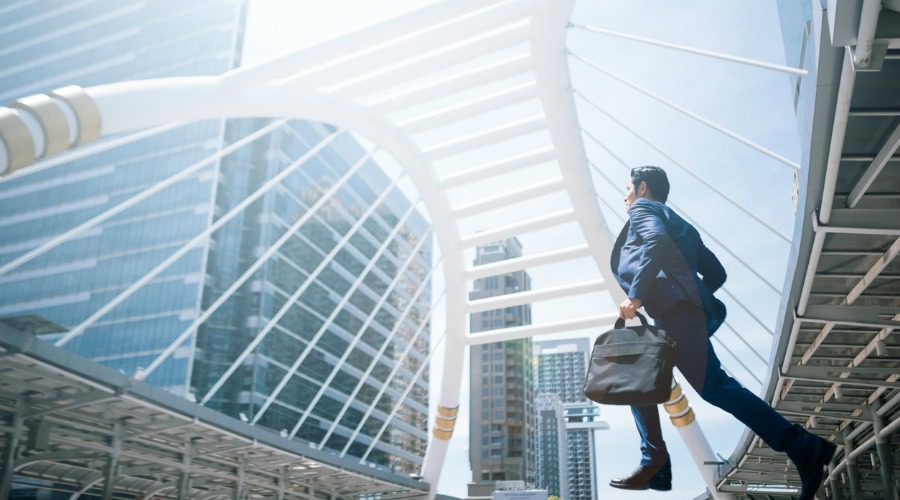 I’ve fallen victim to this, too.

When I did mortgages in the early 2000s, internet leads were brand new to the industry. Sites like Lower My Bills, Lending Tree and Bank Rate were places I’d buy leads from. Most of the lenders on those sites would lie about having a low rate and it was hell trying to be honest and real with prospects. At first, I thought the key was to lower my fees and rates, too, but after competing for a while, I realized I had something the other lenders didn’t have: service.
Now I’m not here to say that service is everything when it comes to sales, but it damn sure doesn’t hurt. Back then, and still today, when you call Bank of America, they put you on hold and you talk to a robot. I always answered the phone and responded as a human. That kind of stuff goes a long way with prospects. In a world of “Press 1 for English,” I said,  “This is Ryan.” It made all the difference. Even when people called after hours.
You see, prospects become buyers when value exceeds price. Part of that value is service. Both a Rolex and a Seiko tell time, but Rolex makes you feel better and the company treats you as a superior client. Therefore Rolex charges 10X what Seiko does. Service is all a part of the value the prospect expects to receive.
I’m not the cheapest coach, speaker or consultant in the game. Matter of fact, I’m one of the highest priced coaches you can hire. Yet price is not the most common objection I handle. People know when they pay for my services, they are getting so much more than when they pay for a discounted coach. I can’t tell you how many times people who decided against working with me, and who then went somewhere else with cheaper prices have called me back begging me to take their money and fix what the cheaper coach messed up.
When I was a loan officer I wasn’t the lowest rate in town. I was reliable, though, and if I told you we could close in a month, you could bet earnest money on it. Meanwhile, if a Wells Fargo loan rep told you that you were closing in a month, you could bet your earnest money it wasn’t gonna happen.

It’s all about results and value. Nothing more. Nothing less.

When you can prove your results, prospects convert to clients. When you demonstrate perceived value over price, prospects buy. It’s not rocket science; it’s rocket speed service and rocket price value that seals the deal.

Here’s some help on how you can compete on service, results and value rather than the lowest price.

First, be the expert. The general public is full of dumbasses and dumbasses hate dumbass people just as bad as the rest of us. People want to do business with someone who knows what the fuck they are doing. If you are the expert, the prospect will trust that you know your shit and can actually get the job done. Get rid of the uncertainty in your tone and abandon the vagueness in your answers.
Second, actually give a damn. One thing that separates the robots from the humans is emotion. A robot doesn’t care about a human’s situation, if you actually give a shit and convey the fact that you give a shit, the prospect will give you their business. Show people you care by listening to them instead of interrupting them and talking over them. Let them know you understand and are there for them.
Third, show up and shine! When you answer their calls, reply to their emails and actually provide the service you sold them on, they will be happy to send you referrals as well. You see, service is dying. Waiters suck, customer service is a joke and people care more about imaginary people on their phones than they do other real live people right in front of them. It’s easy to stand out and service the public like they have never experienced before. All you gotta do is show up.
Internet leads are no different than any other leads; they are simply people who want to buy the products you sell. I personally believe internet leads are the best leads because they are a signal that the person is going to buy, it’s just a matter of when and from who. The better you get at the items I spelled out for you above, the more leads you will close regardless of your price.

If you want to know how to master converting internet leads and how to set up systems to generate your own internet leads, I highly recommend joining our Entourage program. My team provides top notch service and we help you get your mind and marketing right, as we hone in on your sales systems. There’s no training program out there like it. Find out more by watching the video at www.bfaentourage.com
← THC Podcast 106: 5 Tips For A Better Work/Life Balance Converting Your Social Media Friends and Followers Into Paying Customers →