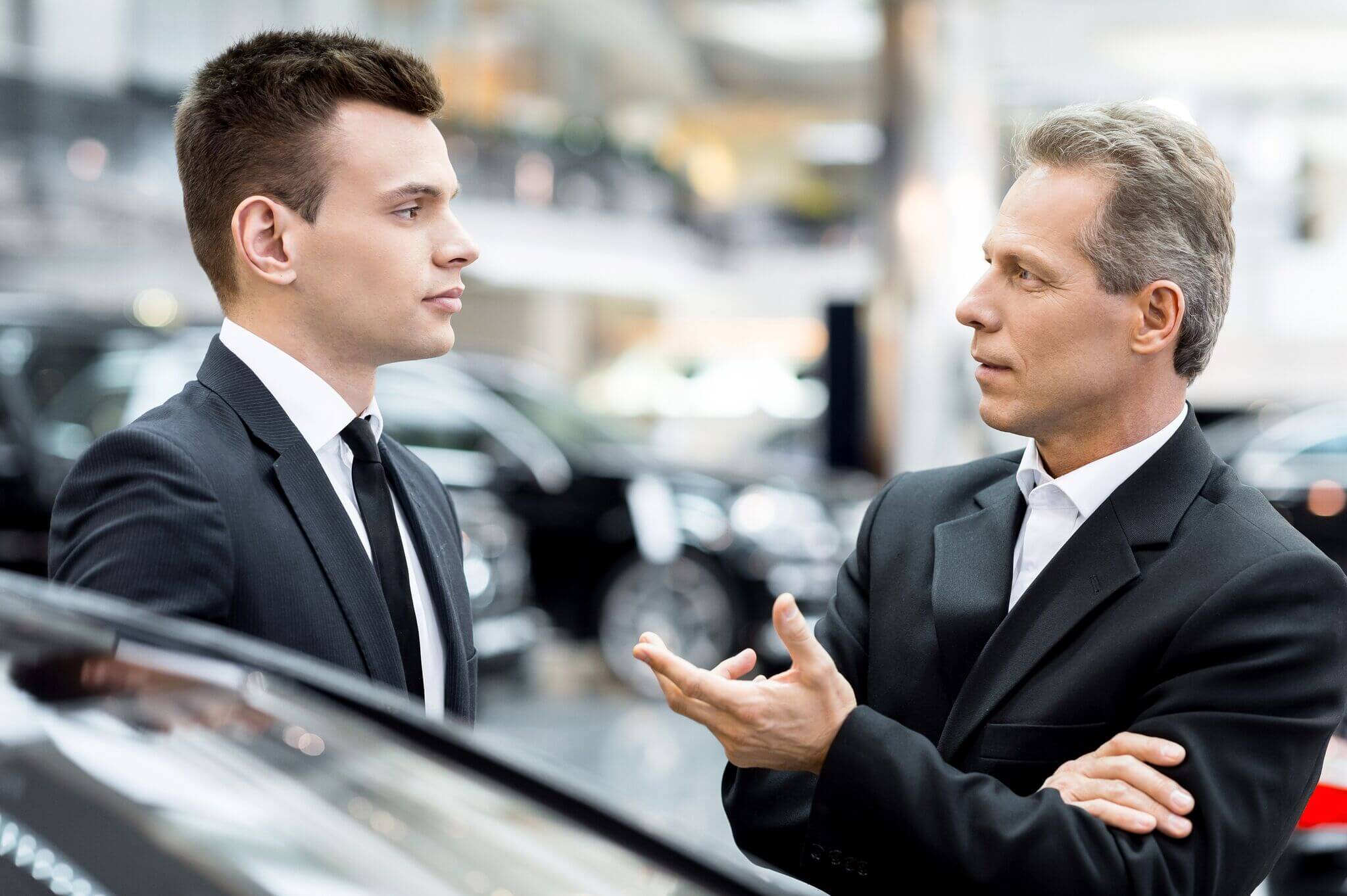 If you’ve been in sales for any length of time, you’ve seen someone on the sales staff say some dumb shit. Salespeople are a special breed. We get paid to sling words. The bigger our talk, the bigger our earnings. Problem is, some of you say shit that never needs to be heard.

The best salespeople move in silence like the “G” in lasagna.

Any top-notch sales closer, copywriter and professional speaker will tell you the less words used to make your point, the better. We’ve all seen a salesperson jabber their way out of a sale. It’s like watching a train wreck. You know everyone is gonna get hurt, but you can’t stop watching or help.
I asked the fellow Savages in my Sales Talk With Sales Pros Facebook group to help me come up with a list of stupid shit salespeople say. As usual, they didn’t disappoint. Here’s my list of words better left unsaid.
The reality is – I’m sorry, were you in another dimension and you just beamed the prospect back? This phrase is tossed around entirely too much in the sales community. I assure you, every time a prospect hears it, they immediately get that here we go with the bullshit feeling.
What brings you in today? – They came in to buy what you’re selling, dipshit! While this seems like a seemingly harmless question, it’s one that shows ignorance. You know why they’ve come to see you…to possibly buy your product!
I have another buyer coming in – Then why didn’t you have them beat me in here to buy it? That’s the first thought to enter most prospects’ heads when you utter this overused phrase. This “trial close” is worn out. AND it makes you sound like a sleazy stereotype.
To be honest – Were you lying to me before? That’s the thought immediately implied when you rattle off this sales killer. It almost always destroys your credibility with the prospect. Why were you not honest all along?
The sale ends (insert date) – We’re always having a damn sale aren’t we? While this sounds stupid, the sad part is…it works. Like, works every damn time. It’s nuts.
That’s my bottom price – Wait! Were you trying to rip me off before? NOW you’re hooking me up? F*ck off, buddy! Prospects hate hearing this phrase and so do master salespeople. Laydowns…
This deal won’t last – Really? Because I’ve seen you advertising it since last spring! I’ve seen salespeople run one-day specials for six months. If you really do have a deal that won’t last, wouldn’t it be gone already? Just sayin’…
Trust me on this one – I just met you. How in the hell can you expect me to trust you? You get paid to make money off me. Trust isn’t asked for, it’s earned. If you have to ask the prospect to trust you, chances are they won’t. Plus it’s weak as hell.
Buy or Die – This is hilarious to salespeople. If any other industry said something like this, it would be a HR nightmare. The only people who can use this in the corporate world, outside of sales, are people in the commentary…or comedy business.
Let’s meet in the middle – Amateur salespeople offer this one up. They want to end the negotiation process as soon as possible because they feel uncomfortable with the stress of back and forth. So “the middle” seems logical. Most prospects know if you can drop to the middle, you can go lower. And they will make you do so to earn their business.
I’m not here to sell you something – Then WTF are you here to do? Hang out? Prospects can smell horse shit a mile away. You use this phrase and you might as well be wearing horse shit aftershave.
Ground floor opportunity – This is the riskiest saying in sales. Ground floor means no sustainability or track record. Most people who’ve lost money have done so on a “ground floor opportunity.”
You’re practically stealing this from me – Then why the hell don’t you call the cops on me? I worked my ass off negotiating this deal. I earned it! It’s not stealing if you pay for it. This phrase sounds shady as an old oak tree.
When my boss sees this deal he’s gonna kill me – Then how are you gonna keep your job? Damn liar… Chances are, the prospect has heard this before and knows the cat and mouse game. Let it go… Let it go.
I’m not making anything on this deal – Then how the hell are you ever gonna afford a suit that costs more than $89 at Kohls? The prospect doesn’t care what you make or don’t make. They care about what it cost and what they bought it for. No one cares about you.
It’s a deal you can’t refuse – Don’t temp me. I’ll leave your no-selling ass right here at the desk. Prospects hate being told what they can and can’t do. Ask for permission. Don’t be bossy. Bossy only works with weak prospects.
Let’s touch base – This ain’t war games, son. Just email me next week. This phrase started as some teamwork BS from corporate management. Then it found its way into the sales lingo. Knock it off.
I bet you say one or more of these on a daily basis don’t you? I’ve said damn near all of them, too. So has everyone else. The reality is, if I’m being honest with you, and you can trust me, let’s touch base next week on a deal you can’t refuse! Hahahahahahaha!
If you’re looking for help avoiding BS phrases like the ones above, and you want to be fresh to death with the top closers in the industry, check out my program Inbound Lead Closer at www.breakfreeacademy.com/entourage  Then be sure to share this on social media and with a salesperson known for saying this shit.
← Guest Appearances On Podcasts THC Podcast 019: The 5 Phase Selling System That Will Close You More Sales →