Tai Lopez, Grant Cardone and Gary Vee All Have This in Common 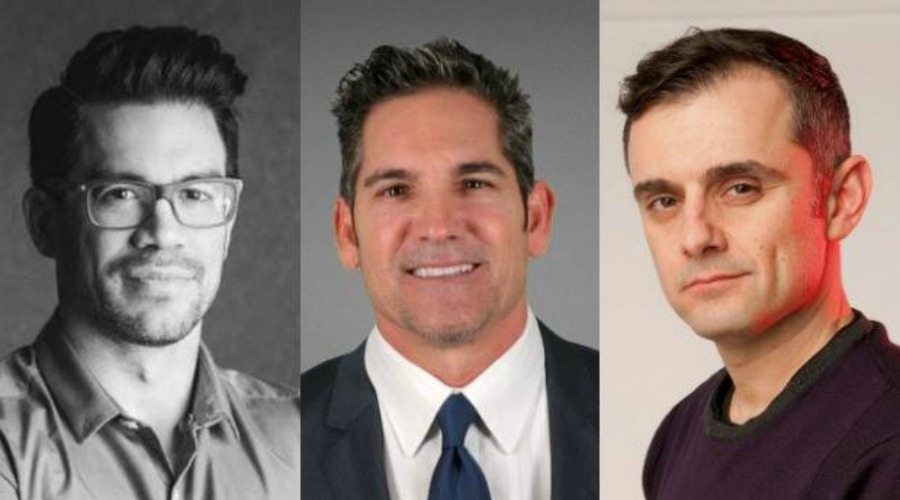 If you regularly login to any social media account, there’s a good chance you have seen Tai Lopez, Grant Cardone and Gary Vee. They are almost impossible to ignore between their ads, high-ranking posts and the killer content they release on a daily basis. I’ve followed all three of them for some time now and I’ve noticed one thing they all have in common that a lot of people miss.
There’s no denying Grant, Tai and Gary are all prolific salesmen. They are at the top of their games. Fast cars, private jets, and always hustling is what these three social media rock stars are all known for. To the trained eye, these guys are known for something bigger.

Let me give you a quick background on Grant, Tai and Gary.

From what I understand, Tai Lopez started and sold a couple of dating sites. He has worked in finance. He’s a voracious reader and a member of Mensa. Several of his companies sell in the mid to high-5 figures in sales daily. He got his start by running YouTube ads about him reading. He must have spent $250K a month on YouTube ads. Now, he has millions of followers and is well-known online.
Grant Cardone invests in multifamily real estate and uses a real estate fund he raises money for to cashflow properties. He also sells about $250,000 per day worth of sales training products. He’s no doubt the #1 player in the digital sales training industry and a top player in real estate as well. He regularly boasts about having a half a billion dollar net worth.
Gary Vee was handed a $3M per year liquor business from his parents. He grew that business by using a YouTube show called Wine Library. He’s since started one of the largest social media management firms in the country and is one of the most popular business people on social media. He’s known for cussing, yelling and never driving his own cars.
These three guys all sell books, programs, speaking engagements and live workshops, among other things. In my opinion, and because I don’t have time to crunch the numbers, they are the three most popular business leaders on social media.

They have much in common, but one thing they sell has truly made them a fortune and famous online.

Most think they are selling training. Many think they sell books. In reality, those products are a by-product of what they are really selling.
You see, what these fellas are really selling is a lifestyle. No one cares about sales. They want the money that comes as a result of sales. No one wants to read books; they want the knowledge and money that comes from being smart. No one wants to hustle and grind all day; they want the lifestyle that comes from doing that.
These guys are the best in the world at selling their lifestyle. Sure, guys like Dan Bilzerian promote their lifestyle online, but you don’t see him selling anything. Grant, Tai and Gary use their lavish lifestyles to draw people in and sell their products to their prospects who believe they will live that lifestyle as well.
I’ve bought Cardone University. I’ve bought Gary’s books. I would never have paid a dime had they been two, boring broke guys talking about me growing my business. Instead, I noticed Grant has a Rolls Royce and Gary is known worldwide, and I wanted to know how they did it.
Here’s the lesson. If you’re a coach, consultant, digital marketer, in sales on social media or elsewhere, don’t sell your product and yourself. Instead, sell the lifestyle the content in your program has allowed you to live. Sell the hole, not the drill. The hole is a rich and famous lifestyle, that thanks to the Kardashians and People Magazine, everyone under 35 wants to live.

People often judge people they are planning to do business with based on their success.

If you look successful, most of the marketplace will want what you have. Therefore, they will pay you to figure out how to get it. For example, I bought a McLaren last year and most people hit me up saying, “What do I have to do to get my own McLaren?” they don’t ask, “How can I learn marketing, advertising and sales?”
The lesson here is that all three of these online badasses sell a lifestyle. If you want to reach the masses and sell a whole lot more of what you’re selling than you’re selling now, shift your audience’s focus toward your lifestyle and the results of what you do. This is the secret formula many people overlook.
If you want to see how it’s done, simply follow any of these three guys and watch them work their magic. It seems unrehearsed and not thought out, but trust me, these geniuses know exactly what they are doing.
Lastly, if you’re looking to increase your lifestyle, buy nicer things and finally get what you deserve, chances are, all you need are some more prospects to talk to. If you just had a few more leads to convert, your lifestyle would change forever. I can help you accomplish that goal. Join our Entourage program where everyone is focused on creating the life they want to live. www.breakfreeacademy.com/entourage
← How Donald Trump SOLD the Entire Planet on Associating His Name with the Word "Genius" [Video] Which Types of Facebook Posts Get the Most Engagement [Video] →