Taking The COLD Out Of Cold Calling 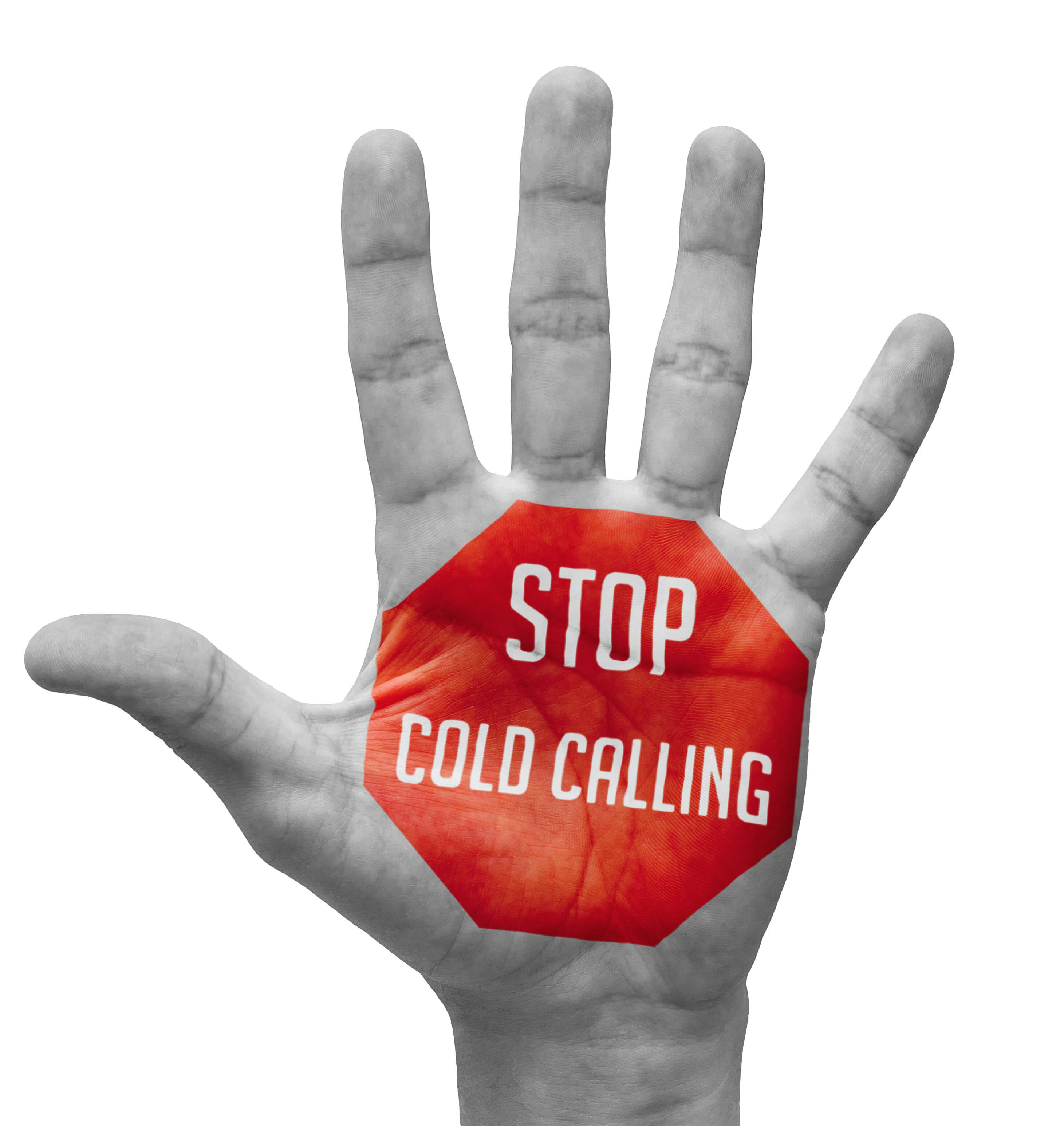 These days, most people don’t realize cold calling is one of the least effective ways to make a sale. It’s annoying to the salesman, it’s an inefficient waste of time and prospects hate it. Those three things alone should be enough to cut out cold calls permanently. For a lot of you, it’s not.

Every time, I talk about how I hate cold calls, there’s always one salesman who says, “It’s different in my business,” or “You’re just not good at them.” I’ve made more cold calls than I want to admit. I’ve made so many I decided six years ago I’d never make another one. I got sick and tired of wasting my time trying to talk to people who didn’t want to talk to me.

Eliminating cold calls is a bold move for a salesman to make. Much like many of you reading this, I relied on cold calls to make sales. It wasn’t 100 percent of my business, but in 2010, cold calling brought in a lot of deals for me. For every sale it brought in, there were 50 unanswered calls, 30 hang-ups, 10 disconnected numbers and nine people talking to me who would rather have watched paint dry.

Face it, the only reason you make cold calls is because your outdated, no-selling, cheap-ass sales manager requires it. He knows if you make 300 calls a day, you’ll make 1-2 sales daily. It’s what he did, so it’s all he knows. When he sold whatever it is you’re cold calling about now, there were no social media, email or any of the other tools you can use to contact people. He’s old school and now he’s forcing you to go old school, too.

There’s a Better Way to Make Money Than Cold Calling.

If you could make 1-2 sales each day in 10 calls instead of 300, your sales manager might actually show an interest in what you are doing. Instead, you’re stuck making calls all day which leaves you with no time to try experiments on your own. Don’t worry, I’ve got you! I’ll show you how to take the “cold” out of cold calling.

There’s a big difference in how a conversation takes place with a stranger vs. how it goes down with someone you know. Even if you’ve only heard of a person, you’re more likely to speak with them on the phone than you would a complete stranger. I’ve got a method you’ll love! Let me help you out.

First, you’ve got to get clear on who it is you can help. Instead of machine gunning cold calls, we are going to take sniper shots at sure things. Yes, it’s a different battle plan than you are used to, but trust me it’s a lot more effective and lucrative. Get clear on who you want to work with by making a list of 50-100 perfect prospects. The perfect prospect is someone who you know would benefit from what you sell and would be a dream client to have. I’m talking name, email, address and phone number for everyone on the list. Learn to use Google.

Instead of machine gunning cold calls let me show you the sniper sales strategy. Take the time you would normally use to blast out cold calls to actually do some social reconnaissance and find out a little about your prospect. The main thing you are looking for is what sports teams they post about, what college they went to, who their idols are and what type of books they likely read.

Once you know what the prospect is into, your next step is to get what they like to them. What I do is go to Amazon and order books they would read. You can get a used book for $4 or so. Since you have their name, email and address, you can send the book directly from Amazon. You can even have Amazon put a note in the book for no extra charge. Make the note say something like this:

I admire your work and the corporation you’ve built. You remind me of Elon Musk. Have you heard of him? He’s changing the way the world does business, just like you. I thought you’d really enjoy this biography and you could possibly use it as inspiration to do even more for the business world than what you have already accomplished.

I’ll be reaching out to you in a few days to make sure you received this book. I know you’ll love it and I want to make sure it was delivered to the right hands. I’ll be calling from 214-555-6565 so you’ll know it’s me. Talk with you soon – Ryan“

A quick, off-the-cuff note paired with a book you know they will love to read, will change the conversation from “Buy my stuff, I’m a cold caller,” to “I’m the guy who sent you a gift, just making sure you got it.” All you’re trying to do as a salesman is get the attention of your best and most potentially profitable audience.

In a world full of selfish salesmen, a gift-giver stands out. This doesn’t only work for books either. One time, I got a card in the mail from Kent Clothier that had a little TV on it with a video inviting me to an event. As busy as I was, and as packed as my schedule was, I, and several other high-level guys made the trek to meet Kent. His video card was the contact method that sealed the deal. Use your imagination and stay within your budget.

You might already be thinking “I don’t have money to send books,” but come on, get real. A cup of coffee at Starbucks is seven bucks. You can get a used book for four. If you make 300 cold calls each day and send out three books to the top three prospects, you’ll most likely make the same amount of sales using less time and effort because you simply sent the value first.

We live in a time where you have to stand out to make a sale. Cold calling insinuates what can you do for me? Gift giving tips the scales on the law of reciprocity. Your recipients will almost feel like they owe you a phone call because you went the extra mile (where others won’t go.)

Save yourself some time, slow down on cold calling and get better at social recon and gift giving. You’ll stand out above all the rest. I’ve also found that most times the prospect will call me. That’s why I leave my number on the note. Don’t knock it until you try it.

Ready to step into the new age way of selling? Just order www.buyshowupandclose.com. FULL of stealthy tactics like the one in this blog post, you’ll learn making money means acting like you’re a sniper, not a machine gunner. Show Up and Close turns you into a sniper.