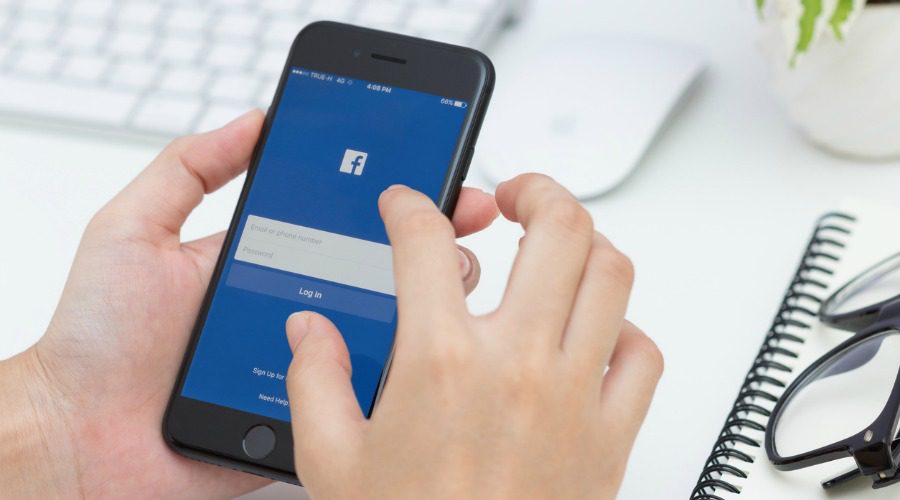 Let’s say you’ve been under a rock, in prison or you’re a former doomsday prepper who’s been afraid of social media, and today is the first day you ever log in to Facebook. Are you going to log in to Facebook for fake news stories, to troll innocent people, to connect with old friends or to close business deals?  I don’t know what you might be thinking, but I can tell you what I would do because I have been there and done it.
In July of 2008, I was released from Seagoville FCI, a federal prison in Texas. I’d carried a firearm across state lines and so I was imprisoned. Truth is, I was in there for a BIG mistake some cops made, but that was the official conviction. I had never seen Facebook and I had no idea what social media was. Within two days of getting out, I logged into Facebook and set up an account.

At that moment, I decided I was going to put my entire life online.

There were a few reasons for this. Number one, I wanted to have an alibi for everywhere I went. I was so paranoid of cops, I wanted all my moves to be trackable. Number two, I was going to prove to the girl who left me while I was locked up, that I was a winner and that she’d lost out on losing me, not the opposite.
Shortly after being released, I returned to work in the mortgage business. Then I started kicking ass in the company and would post my trophies online on Facebook. After a few months of doing this, people started reaching out to me and wanting me to do their mortgages. It was at that point I realized I was onto something. After all, people buy from people they know, like and trust. Even after going to prison and being open about it, people had no problem giving me their financials so I could help them.

I realized the power of social media way back in 2008.

I’m not the only one to go from broke to balling from Facebook either. I have a friend who was locked up with me. He did 13 years and when he went in, the internet barely existed. He has followed my process step-by-step for two years now and has gone from broke as hell, to being the GM for a big online business, owning a construction company and he just recently bought a car lot. He’s done all this from what he learned from me. Which means what I’m about to share with you is 100% repeatable for anyone willing to do the work.
So, if I started all over again on Facebook, here’s exactly what I would do to build up a following, make a shit ton of sales and get back on my feet thanks to the power of our giant social media network. This is not some “fake it til you make it” easy social media hack. It takes time, effort and consistency to make what I’m about to share with you, happen.
First, I would upload all the contacts from my phone to Facebook. From there, Facebook sends out requests for those people to join your network and add you as a friend. Also, based on who your friends are, Facebook will do its best to suggest other people you may have in common. I’d add at least 20 new people I knew or who were connections I knew about, to my profile every day.

If you want people to actually accept your friend request, you need to have your shit in order.

By “shit” I mean you need a good profile pic of your face. After all, it’s called Facebook, not fake picture book. You need to show people what you look like, good, bad or ugly. Next up, you need an accurate background picture that represents you. Nothing political, nothing graphic, just a nice background shot. After that, you need a solid bio and list of places you work or have worked.

If you notice in any troll or fake account, they never have these elements. I’m sure you get your fair share of fake spam accounts sending you requests daily, but notice none of them have all the stuff I just listed. This is what makes you look real, and not like a poser account. Although Facebook is not a professional networking site, when you appear professional, you have a greater chance of people actually wanting to connect with you.
Second, after you have done all that I noted above, you need to go out and find pages you are interested in and like them. These are business pages, guru pages, sports team pages, etc. I highly recommend staying away from news and political pages. They attract trolls like ants to sugar. You want to connect with good people, not people who bitch about the news or any other mind-suck topics.
After you like the pages, make sure you go to their posts daily and reply to interesting comments from accounts that look real. How do you know they are real? Look at them and ensure they are set up according to the way I noted in step one. After you reply, they will reply and then one of you can send a friend request. If you find people to connect with from the Tony Robbins or Hardcore Closer pages, you can feel confident these are people looking to improve in life and business.

You want to surround yourself with online folks intent on winning.

Third, you want to join groups. Find groups that share common interests with you. Sports, sales, business, personal development, technology, and so on. There’s pretty much a group on Facebook for everything. Again, stay away from political groups. Just focus on positivity. Find people in these groups who make posts often and start replying and commenting on their posts.
After you repeat this process for a week or two, you will become familiar to the posters and admins in the group. This will entice them to reach out to you and send you friend requests. After you comment and reply for a few weeks, then you can make a post in the group. Make sure the post is engaging and fitting for the group. Don’t just drop some general BS or a spam link.
After you repeat the three steps above a few times, you will have grown your following online. Make the above a regular, daily habit so you’ll continue to grow your following each day. To keep your new following interested, you need to make sure you are posting on your wall about two times a day. Say something motivating, engaging, or funny. These three types of posts work the best to attract the attention of your audience. You have to keep your following wanting more from you; that’s the key to maintaining a steady following.
Here’s the Math on the Number of Daily Posts:
0-500 friends – 1 post a day
501-1000 friends – 2 posts a day
1001-2500 friends – 3 posts a day
2501-5000 friends – 4-5 posts a day
The more friends you have, the more posts you can make. If you only have 500 friends and you post five times a day, you will most likely drive them nuts, more than you will keep their attention.

One out of every five posts needs to be about your job and how you are making money.

Once you get used to this system and you have created a habit out of it, you can sign up for PhoneSites to collect those leads and automatically follow-up with them. PhoneSites is a lead capture software that anyone can set up from their phone in less than 5 minutes even if they have ZERO tech skills. You can see it and sign up for it at PhoneSites.com
About every 10th post should be a link to your PhoneSites offer. When you start building a following on Facebook, the next step is to build a database of people from that following who want to do business with you at some point. You can post the link in groups, in replies to comments on fan pages and anywhere else you can think of. This is how you take a broad list of Facebook friends and niche them down into an email database of people who want to buy from you.
Like I said, this process isn’t easy, but if you do it, stick to it and stay consistent, you will get business from people who reach out. This is a long-term play, not a short-term hack. I’ve helped thousands of people use this exact process to start their business and become top producers in their industry. Now that you know, there’s nothing to it but to do it, so get to work.
← Why It's Important To Identify the Lead's Buying Timeframe ReWire 062: Keep Moving Forward And Don't Look Back →