The One Thing You Can Do To Transform FEAR into FEARLESS 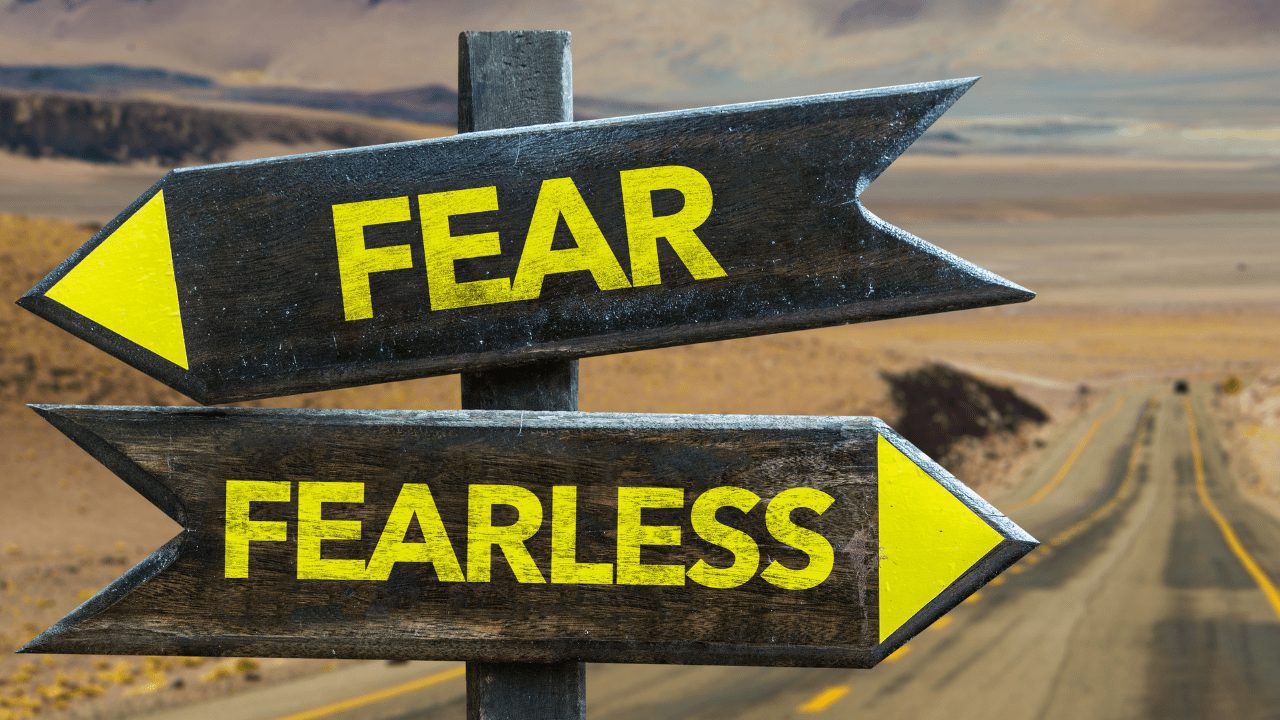 What does that word mean to you? Think back to the last time you were afraid of something. What caused that fear to develop? Do you still have that same fear? What does it do to you? How does it make you feel? Is fear holding you back from being where you want to be?

One of my all time favorite movies is “What About Bob,” with Bill Murray and Richard Dreyfuss. If you haven’t seen this movie, you need to take the time to get on Amazon and watch it. It’s definitely a classic, so make time to do a family movie night and watch it sometime. You will love it.

Bob’s character lives his life in fear. Everything he does and everything he avoids is all because he is afraid of what might happen to him. Granted, he is plagued with mental illness, and some fears truly need to be addressed through professional help, so I don’t want you to assume that I believe all fears can be overcome if there are deeper issues going on.

If you are facing much deeper issues as a result of trauma, abuse or other issues, then please… seek help to address them. I don’t want to discount whatever you are going through if you honestly can’t push through them on your own. Maybe your fear is just seeking help and that’s the one you need to face. It’s OK to get help.

But back to the movie…the reason I love it is because it is a comical portrayal of fear of simple things that most people would never consider a fear, like taking an elevator, getting on a bus, sailing on a boat, etc. He is paralyzed by fear and can’t function at all in life because of it. Bob is a very childlike character and Bill Murray’s depiction is absolutely hilarious.

Through a wild series of events, he eventually overcomes his fears, while making his therapist crazy in the process, but the point I want to make is that we have ALL felt some sort of intense fear about something in our lives that we have either overcome, or we still face today.

So, I want to address fears you have overcome, vs. ones you still have today to see what caused you to break through and what’s holding you back with your current fears. FEAR is something that we acquire as a result of situations, circumstances and sometimes people that stimulated a response in your mind that is associated with something awful or bad.

Fear activates the FIGHT/FLIGHT response in the brain and makes you want to avoid whatever makes you feel that awful feeling of pain and anxiety. The brain will continue to emit such a response, until you are able to FACE up to FEAR, and create a positive association in your mind until the fear response is finally eliminated.

Think of a fear that you have overcome already in your life.

Something that you were once paralyzed to think of doing, but now, it wouldn’t faze you one bit to do today. It doesn’t have to be business related. Just anything.

Maybe it was as simple as riding a 2-wheel bike when you were a kid, or asking a cute girl on a date. Maybe it was performing on stage or going live on Facebook. It could have been pushing yourself physically beyond what you felt capable, and competing in a race, fitness competition or marathon. How about making that first cold call, or giving up an addiction. Maybe it was starting your own business and leaving the corporate world behind.

Think about what held you back from facing this fear. Was it that you were afraid you didn’t have what it takes? You thought people would judge you or perhaps you’d embarrass yourself? You thought you would fail?

I am going to share with you a fear that I overcame when I was younger, just as an example. As I share this, think of something similar in your life that you were able to overcome, and how you did it.

When I was 7 years old, I started taking piano lessons. Once a year, my piano teacher would have a big fancy recital and we were all expected to perform one song on stage. I remember getting all dressed up in my Sunday best, and I had an intense wave of fear come over me at the thought of going up in front of all those people and playing for them.

What if I messed up? What if I forget my song? Will people laugh at me and think I’m terrible? That very first recital was so scary for me. I was completely mortified to go out there. But, I faced my fear and did it anyway….and I didn’t die like I thought I would, even though I didn’t do a perfect job.

Each time I performed, there was less and less fear. I made it my mission to practice more than anybody so that I could be the best. My sister and I would compete to see who could get better and by the age of 10, I was practicing the piano 3 to 5 hours a day.

I began competing and piano competitions across the state and getting superior marks. By the age of 16, my teacher felt I was ready to compete in the world famous Gina Bachauer International Piano Competition. I took my fears and through thousands of hours of practice, I conquered that fear, and rose above it.

Now, when you look back at yourself and whatever fear you overcame…how did you do it? What was the turning point in your life that took you from paralyzing fear to massive confidence? I would bet that we could all answer that question with one thing….PRACTICE!

You’ve heard it your whole life, whether you were a musician, an athlete, a speaker, a salesman or whatever: “PRACTICE MAKES PERFECT.”

If you do have fears as a result of abuse and other deeper mental issues, there is still an issue of practice that must take place. That practice might entail simply getting yourself to open up and talk about the issues because you are afraid to open up. Whatever it is, you will never improve or overcome fear without practice.

It’s time to lean in to fear and practice the things that scare you. Don’t let fear stop you from moving forward because things aren’t just perfect yet. So many times, we don’t start the business, launch the funnel, do the livecast or whatever, because we fear things aren’t just right. Let’s stop getting in our own way, and face those fears that are holding you back until you no longer fear it anymore.

I still get a little nervous when I get in front of people to play the piano, but I no longer FEAR it. Challenge yourself today to do something that scares you. Put yourself out there. Start the business, start writing the book, make the sales calls, go live. Just DO it…every single day, and before you know it, you will transform your FEAR into FEARLESS.