The Real Function of Fear 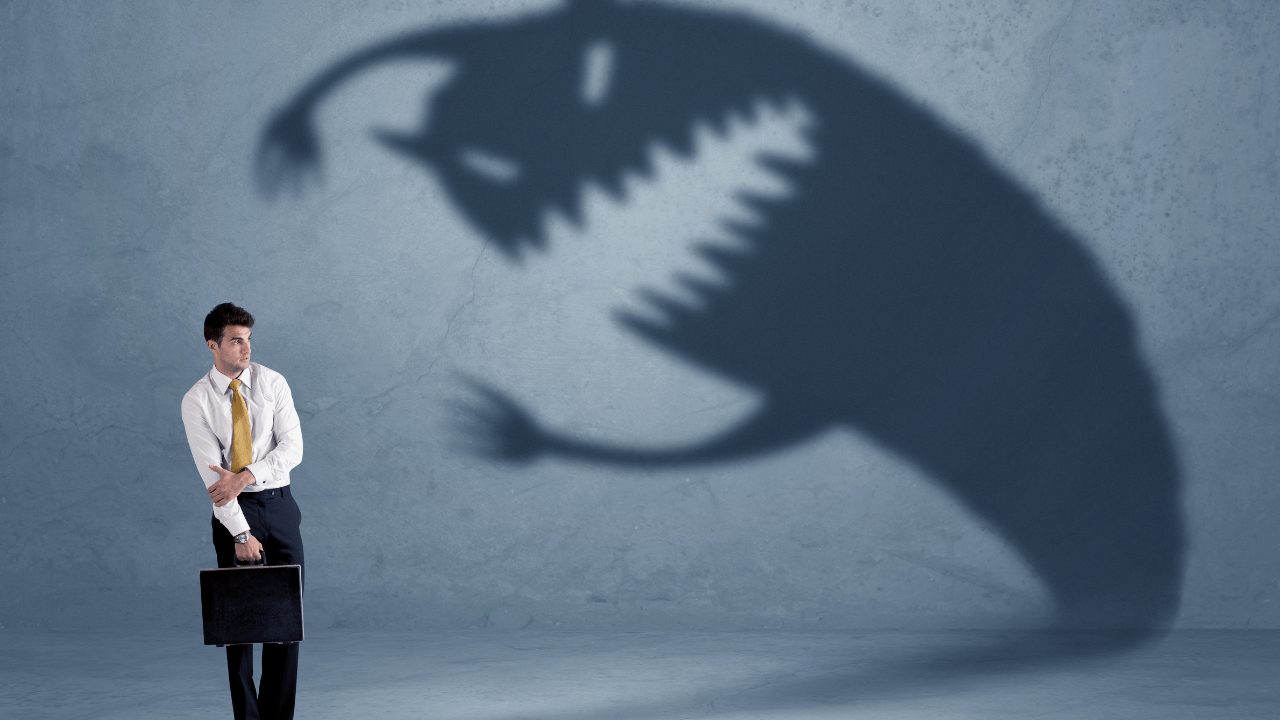 Look, it’s common sense to run away from things that scare the shit out of you.
It’s programmed into our DNA to either run away or fight when something is a perceived threat. Truth be told, we’re probably mostly descended from people who chose to go back and hide in the cave instead of the drunk guy running to piss on the sabertooth tiger just to see if it can be done. Fear is nothing to be ashamed of because you literally can’t stop the response, no matter how seasoned a fighter you are.
There’s also a big difference between surviving and thriving.
With generations of programming teaching us to run away from our fears, it’s uncommon to see people stand, face, and conquer them too. I have a good buddy who’s job is to actually punch his clients in the nose when they start working together. He owns many martial arts studios, so don’t get any bright ideas…and the reason he does it is the initial response when you get punched in the nose (assuming it’s never happened before) is to freeze. His clients hired him to teach them to be victorious when fighting, and all it takes is a split-second of “WTF” to have things go south really quickly. By punching them in the nose, he’s giving them the experience to feel, learn, and override the natural response everyone has when processing new information.
There are also levels to this getting punched in the nose too. Just ask anyone of Mike Tyson’s victims in the ring. You gotta’ be ready for your opponent…you gotta’ have a strategy if you aim to win. Mohammed Ali chose a bold approach against young George Foreman. It’s where the term “rope-a-dope” came from. Ali went round after round, back against the ropes, letting big ol’ Foreman chop away at him like a giant redwood tree.
The fight didn’t start in the ring, though. Ali was in Africa weeks before the Rumble in the Jungle began.  Taunting Foreman, getting into his head. On the night of the fight, at the opening bell of the second round, 60,000 African fans started chanting, “Ali, boombayah,” or “Ali, kill him.” Ali was looking for one thing, the dawning of doubt or fear in his opponent’s eyes. In round 8, Ali turned on the “sting” and put Foreman on his ass to win the match.
You can’t tell me that Ali didn’t feel fear. You can’t tell me that my friend’s clients, seeing the mentee next to them take a punch to the nose without flinching, didn’t feel the fear. The difference between them and everyone who freezes, recoils, or runs from fear is their ability to take it and keep moving forward. They’re able to do it because they have a strategy in place for doing so.

The Real Function of Fear