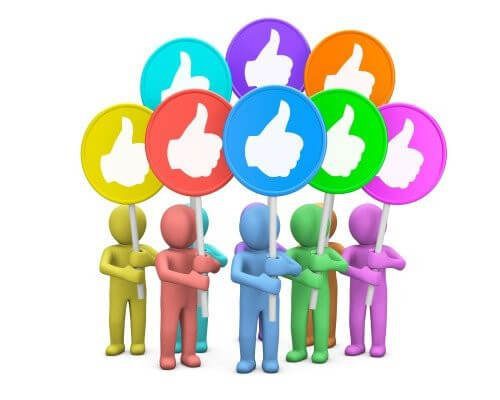 One of the questions I get the most frequently lately, is “How did you build the Sales Talk with Sales Pros group so fast?”  Matter of fact, on the last 20 calls I took, 100% of them asked me that very question.  100% of them also came to me as prospects from the STWSP group.
I’ve been a “social media expert” for 5 years now.  I’m a student of the game.  I’ve paid and learned from the best.  I’ve created algorithm pattern interrupts like the syndicate method and the whip effect, while these are powerful hacks into facebook prospecting, they ain’t got shit on being the admin of a badass group.
With millions of groups online, how do ones like Cult of Copy, Tech Support For Real Estate Agents, and few others, get to the level they do, with such great engagement?
Before I answer that question, let me give you some background psychology going on inside facebook groups.  People may not even realize this is what attracts them to groups, but it is.
When you are on facebook, scrolling the newsfeed, creepin’ your friend’s pages or whatever it is you do there, you’re having to sift through the bullshit in order to see what you’re looking for (whatever it is)
In other words, you may not give a shit about pictures of someone’s kid, and you may be looking to see what the person does for a living.  Same with your friends. They may not care about your work and get annoyed that you post about it.  It’s complicated lol.
Meanwhile, groups are gatherings of like minded people who are all interested in a specific topic.  STWSP for instance, is a place where people can cuss, talk business, share sales tips and other entertaining stuff we, as sales dudes, want to see that the rest of fb may not want to see.
When like minded people gather, they can’t help but attract others who are like minded.  Look at the movie Fight Club. It was a small group, but somehow, even though no one was supposed to talk about it, they attracted the right type dudes. Think of FB groups the same way.  Mini Fight Clubs, sans the broken nose.
Also, I’ll have you know, I failed at getting groups to take off for years.  I made them all about me, my shit and what I could do.  As much as I’d like to think I’m cool, I’m not that fucking cool.
One of the reasons STWSP took off, is that it wasn’t about me or my shit.  People can get that from my profile page or fan page.  It was about a community of sales pros.  Same with cult of copy, it’s about people who are passionate writers.  The rest of the word, probably thinks we are weird.  We are. Same with us salesmen.
I didn’t just start STWSP and expect it to take off.  I was really strategic about it.  I wanted people to say “this is the best group on facebook” and I had that in mind from the beginning. In order to make it the best, I had to put some work in.
First thing I did was reach out to my homies that had value to add to the group, and asked them to add it.  At this point in my career, I’ve got a lot of favors I can call in, I called a few in. This attracted a good deal of people, due to them wanting to be associated with all of us, in one place.
The next thing I did was make the group consistently aggregate content.  I ask people to make videos, write posts, share shit etc.  From there, others wanted to be like the big dogs and contribute as well.  Before you know it, they were big dogs in the group too.  Turns out, we got a lot of them.
After that I made sure there was NO BS and NO SPAM in my group.  When someone arrives inside STWSP for the first time, I want them to see that it’s alive and full of conversations about real shit.  I want them to be amazed, not ray banned.
Last of all, I lead by example.  I consistently share my non-public shit with the group to not only add value, but incentivize others to do the same.  Since there is no selling shit in the group, we needed a way to demonstrate our badassery without pitching.  Giving away value, does that.
If you’re looking for the best groups on facebook try these:
Now you should know, it’s super easy to get kicked out of these groups.  No pitching, no selling, no BS, no links or spamming, just get in and fit in.  That’s the beauty of these groups, they protect the community’s integrity.
I’ve got more leads than I can count from my group of 3200 Sales Pros.  I’ve been able to learn what’s needed in our community, so I can make trainings and products that solve those problems.
I’ve got clients and friends whose entire business relies on being able to strategically prospect using facebook groups.  From agents to consultants, you can find laser targeted prospects even in the smallest groups.
If you’re not using fb groups to find the perfect prospects for your business, you’re missing out.  With ad free newsfeeds, and seriously like minded people meeting, you can get your prospect on with minimal distractions.
Don’t miss out on what’s now the wild west for facebook prospecting and marketing organically.  Also, I hope to see you inside the groups I listed above.  Fill out the form below and let’s talk about what groups will work for you and how we can work together.
← Rockstar Closer Radio: Telling It Like It Is with Tim Castleman The Best Strategy Ever For Insurance Agents To Get Instant Business From Loan Officers →