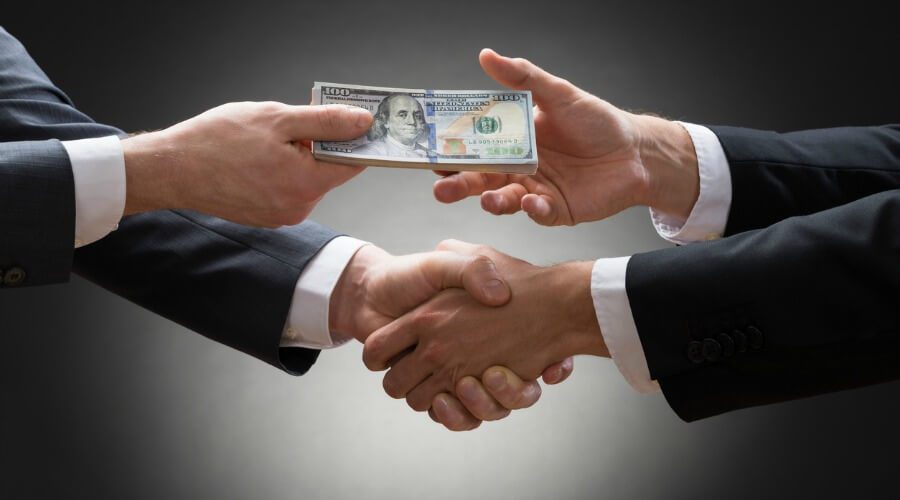 Tell me if this has ever happened to you: you meet someone, shake their hand and get their name, only to forget what the f*ck their name was in less than two seconds flat. It’s almost as if your brain refused to let their name enter its gray matter like it would take up too much space or something.
If this happens to you, you’re not alone. Everyone I ask says the same thing. “I have a hard time remembering names.” It’s a for-real issue in social circles right now. Networking events are full of people who refer to each other as “what’s-his-name” and “that lady who works in XYZ.”

No one knows each other’s names! It’s nuts!

The entire sales and networking world is full of the business equivalent of a one-night-stand. The handshake without a name to go along with it. “I know we just intimately touched each other but I don’t remember your name.” Then you have to spend the whole night saying “dude,” “yo,” “Hey man,” “thanks, brother” and a bunch of other BS code words for: “I forgot your f*cking name.”
The average person can’t remember names. Don’t be average. Like ever. Not in any area of your life. This isn’t just a friendly reminder either. F*ck average. Leave that sh*t to people who have participation trophies. You’re here to be a Closer, a Producer, the Alpha Dawg. If you’re going to gain influence over the averages, you need to be above average. Way above.

If you want to gain instant influence over someone, remember their name.

It’s that f*cking easy. I’m dead serious. I’ve been using this simple, secret weapon for years now. But look, don’t discredit what you’re about to read because it’s simple to understand. While remembering names seems easy while you’re reading this, it’s not as easy when the handshake happens. Remember the brain dump? I’m gonna help you become a world-class name-knower.
First, let’s talk about the benefits of knowing another’s name. A person’s name is the sweetest noise they will ever hear. People love their names. We wear them as a badge of honor. They are our sole verbal identity. When we hear our name, our attention gravitates toward the source. People’s names are a powerful force. You can leverage that power for influence.
Another big deal about names is that most people will forget yours. After all, you’re not the only person who’s forgotten someone’s name instantly. When they don’t know your name, but you keep addressing them by their name you are pulling two psychological triggers.
The first trigger is the law of reciprocity. They will feel inadequate. As in, you took the time to memorize their name and address them accordingly and they totally forgot yours. They will secretly feel like they dismissed you and shouldn’t have. This leads to guilt but also it leverages the law of reciprocity in your favor. They will want to oblige your requests in an attempt to even the score for you thinking they are important enough to remember their name.

This tilts influence in your favor.

The second trigger is making them feel important and giving them a sense of belonging. When someone knows our name, we know they are familiar with us. We like to stay around and communicate with familiar people. When those familiar people make you feel good by doing things like remembering and addressing you by your name, others tend to gravitate to you because of the way you make them feel. Both important and familiar. More influence in your favor.

How do you train your brain to remember people’s names and not dump them?

Most of us are short on attention. Our minds are running a million miles per hour and our thoughts are sporadically drifting everywhere at any given time. When we shake hands or say “hello,” our mind focuses on their face, the feel of the touch and the smell of the person. All this takes brain power away from remembering to hear their name. It’s almost sensory overload. After all, this is why you shake hands, to gauge the sense of the other person.

It’s the human equivalent of dogs smelling each other’s asses.

When you shake hands and they announce their name, all your senses will flow to block the brain from receiving the verbal message.  Think about it; everything happens at once. The handshake, the name announcement, the smell…it’s all happening simultaneously. All that sensory overload occurs and passes in an instant. Then you’re left wondering what in the f*ck is what’s-his-f*cking-name?
After the shake and announcement, you need to ask them to repeat their name. Simply say, “I’m sorry, what was your name again?” And then when they say their name, say, “Nice to meet you (insert name).” This allows you to have heard their name two times in about 15 seconds. You need to look at their clothes and face and say their name to yourself three more times in the next 10 seconds.
The introduction should go like this:
“Hey, nice to meet you. I’m Paul.” (Shakes hand).
“What did you say your name was again?”
“Paul, my name is Paul.”
“Great to meet you, Paul. I’m Ryan.”
(Assess shirt, jacket, face, repeat Paul 3Xs silently to yourself.)
Now, in an hour, at the event, when you see Paul in the bathroom or at the bar, you can say, “Hey Paul, what do you think about the event?”
At this point, there’s a 90 percent chance Paul doesn’t remember your name. This is where you gain the influence. People think to themselves he must be smart or paying attention, he remembered my name. Why the f*ck can’t I remember anybody’s’ names? You know you’ve had that self-talk dialog before!
There you have it. The simplest, yet most effective way to gain instant influence over damn near anyone you meet. Sales isn’t about being the best talker, the best cold caller or pitcher. It’s about leveraging influence and expertise. I’m looking to help some serious salespeople and entrepreneurs influence their marketplace. Join my mastermind www.breakfreeacademy.com/entourage
← My Secret To Getting Massive Amounts of Shit Done Daily Sales Hack: Overcoming Prospect Objections Within Your Sales Pitch →