The Top 5 Sales Jobs of the Future 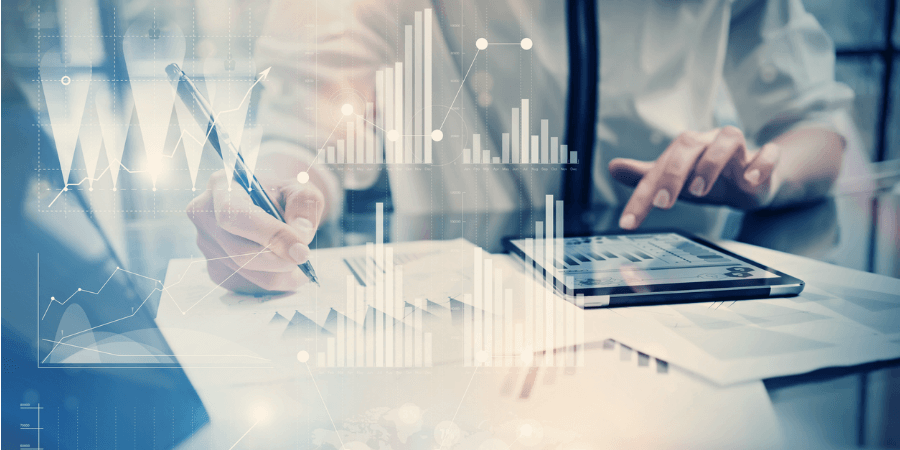 Whether you like it or not, robots are coming to take your job. You can sit there, live in denial, and get left behind, or you can use the sales skills you have now to get ahead in the future. In the very near future, you can expect jobs like loan officer, car sales, insurance sales and retails sales will be extinct. Software and robots will be able to sell those items without having to pay a human a commission check.
Think about it. In our lifetime we’ve seen Amazon.com surpass Wal-Mart as the number one retail sales outlet on the planet. This means that the robots at Amazon sell more than the humans at Wal-Mart. Now I know you may be thinking, the people who work at Wal-Mart are not necessarily salespeople. And you’re right. Which only furthers my point that salespeople are needed less and less in today’s marketplace.
I think it’s important for me to point out that I’m a salesman. I’ve never had a salaried job in my life. So, this technology threatens my income, too. Not only that but if there are fewer salespeople in the world, that means there are fewer prospects for my business. I’m not championing the robots, I’m just helping you realize they exist and that they aren’t going away.

You can embrace my words or hate me for telling the truth.

I’ve made lots of predictions over the years about evolution and technology. So far, I’ve been 100 percent right. In 2013, I told loan officers to expect an app to replace them. They said I was crazy. Rocket Mortgage arrived on the scene in 2015 and mortgage companies all over the country are now on the great app rush.
I’ve made a short list of sales jobs that are safe for the foreseeable future. I’ll follow this up with another blog post about the top threatened sales jobs later. The intention of this article is to open your eyes to the changing marketplace.

Solar: I’m going big on solar for the future. I’ve been saying it for a while now, but since Tesla released the shingles that charge your home and cost less than traditional roofing, I knew this was the future. A few years back there was an energy boom. People went door to door buying the mineral rights from homeowners. About 100 years prior to that, salespeople sold the rights to add high line wires over properties. We are seeing the same trend now with solar.
As solar becomes more affordable and more mainstream, it will soar. As soon as insurance companies start offering the solar roof as the alternative to more 30-year Elk shingles, things will change big time in the energy market. We are getting close to a time to when everyone can get off the grid. You need to be the one selling solar. There are 250 million homes in America that need it.
Home Automation: Home automation is getting more and more complicated. We are quickly passing the time where you can go to Home Depot and just get a Nest smart thermostat. Companies like Vivint are creating home automation systems that look straight out of an episode of The Jetsons.
As home automation gets more complicated, more salespeople will be needed in this industry to customize exactly what the homeowner wants. This is not a fad. We are working more and more stuff from our smartphones. The days of only the super rich having complete home automation are gone. Salespeople can expect this to be a stable industry for at least 15 more years.
Robots: Robots. Droptops. Selling machines with a laptop. If you don’t get the Bad and Boujee reference it’s okay, keep reading. We are quickly approaching a time where people can own robots like Small Wonder. They are even making sex robots right now. We’ve gone from fleshlight to full on flesh. Robots are coming and they are gonna do the jobs that we don’t want to do.
Think about it. All human civilization has been built around slavery and indentured servants. Robots are simply the next evolution and the next round of “beings” to be enslaved by humans. Every household will eventually have a robot butler-type of machine. We see wealthy people like Zuckerberg who have robots already working for them. It’s only a matter of time before they are mainstream. If every house is gonna need a robot, they will also need someone to sell it to them.
Technology: We are living in a major tech land grab. People are out there every day coming up with ideas and coding them into existence. The richest people in America right now got there from selling tech. Larry Ellison, Larry Page, Mark Zuckerberg, Bill Gates and the list goes on. Technology is only getting better, faster, and cheaper. Most software developers can’t sell shit. This is why they will need us to do their dirty work. Sales.
The best thing about technology is that it will never slow down. It’s only gonna get better, faster and easier to sell. Technology is always going to evolve and there will always be competition among developers. I think this will make it where a salesperson is needed and human interaction will be appreciated by the prospect.
Virtual Training: Artificial intelligence and virtual reality are no longer things which exist in the future. They exist now. I was in the airport a few days ago and I saw them selling artificial reality goggles for only 50 dollars. The technology is cheap and it exists. This tells me it’s about to blow up and expand in a big way.

In the near future, when clients purchase something and need support, they will put on goggles and meet a virtual support or salesperson in another dimension.

Sounds crazy but it already exists. This will be the future of consulting, training and everything else. Companies will be investing in this tech heavily soon and someone has to sell it.
Now you might not know anything about any of the above-noted professions. You might be behind with tech and not understand half of what I wrote. If that’s your case, you are in grave trouble. The fool who ignores the inevitable is soon left to his folly. You can hate me, be mad or whatever you want, but I’m giving you the warning, just like I warned LOs in 2013.

If you choose to ignore the trends, it could be you who’s hungry in the future, with no Dippin’ Dots on your plate.

I don’t expect you to know the ins and outs of any of these five industries but I’d encourage you to start doing your research. If you have another 20+ years left before you can retire, you’d better start looking into these industries soon. I promise you this; the youngsters are already checking it out, coming up with ideas and making plans to take over. It’s an adapt-or-die situation we have here.
The best place to start learning technology and how to sell online, which is the future of sales, is our Break Free Academy Entourage program. We’ll teach you how to get a grasp on technology. As soon as new stuff comes out, we show you how to use it. Entourage stays on top of the tech trends so you don’t have to. www.breakfreeacademy.com/Entourage
← THC Podcast 049: Why Salespeople Don't Follow Up With Prospects 5 Sales Positions That Won't Exist in the Next 10 Years →