The Truth About the​ Transition from 6 to 7 Figures 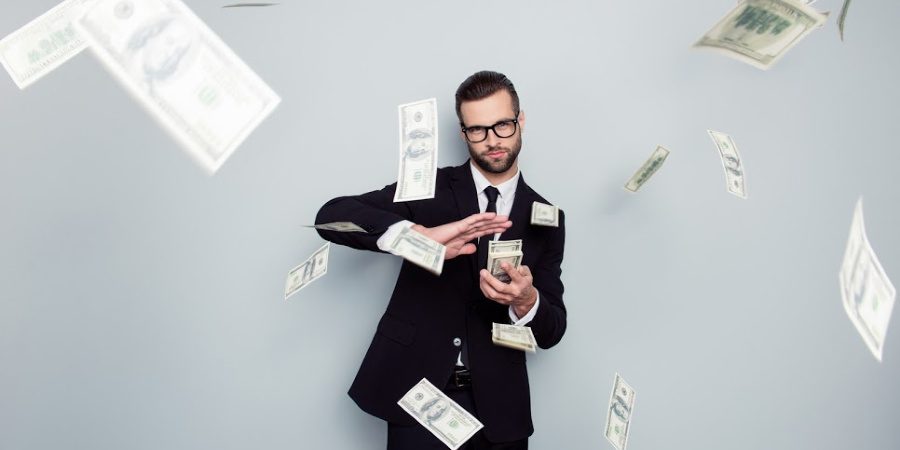 Everyone wants to be a millionaire, but at the same time every millionaire says, “The first million is the hardest.”

I’m here to tell you, when you start with nothing, that first million is a bitch.

I’m not talking about a million cumulative dollars either. I’m talking 7 figures in 1 year.

If you want to know the truth about what it takes to go from a 6-figure annual income to 7 figures, you’re in the right place.

You have to understand, I did it the worst way possible. I went through 3 divorces, 2 stints in prison and massive setbacks. If it weren’t for all of that, I’d be making a 9-figure annual income by now.

My first million was a bitch for sure. I got close to it in 2005, earning $773k. I made so much money at 26 years old, the cops kicked in my door, thinking I was selling drugs.

Drug dealers don’t make the kind of money I did!

Because of that, I subliminally locked into some sort of fear of “big money” that would take me a while to get over. I was literally scared to make too much money. I didn’t want the cops to come after me again.

Despite those setbacks, I made 7 figures in 12 months in personal income without loans, partners, investors, employees, JVs, affiliates, or any help. Sprinkle in about 5,000 haters and trolls, and now you have an understanding of what I had to go through to get here.

Ninety-nine percent of you reading this would have dropped dead if you’d faced 1 of the 100 things I’ve listed that I’ve had to fight. At the same time, you wonder why you can’t do big things.

I had to come up with a plan though. I knew that I’d have to be serious as hell. I wasn’t worried about my ability to crack 7 figures, but the mindset it takes to get there needs to be relentless. I didn’t have time to celebrate my wins or take my foot off the gas. When you grow up underpaid as I did, when you start seeing $100k+ leftover in your bank account, it will make you think it’s okay to take a break.

That’s why I set up 10 bank accounts to keep me thinking my balances were low. I still use this tactic.

My plan was to do the math. Turns out, math is the building code to everything on the planet. You wanna go to Mars? Math will get you there. You wanna make a million dollars? Math is the path! I did the math. My goal was not to make $1M in 2016 but to close $3k in sales every day. $1M was a lot of money to me then; $3k wasn’t shit. When I thought about it that way, it was easy to wrap my mind around things.

I didn’t go to sleep without closing $3k minimum every day in 2016. All that took was 1-3 sales per day, depending on the product. I looked up at the end of 2016, after being laser-focused and I’d made $1.8M! My daily goal and mastered focus earned me almost 2X what I had set out to do. BOOM! Mindset shift engage! I was now confident as hell and I had a war chest of savings to scale with.

The rest is history, I stopped being public about numbers after 2016. Not that it matters anyway. My whole life over the last 11 years is online. You can literally watch me go from brand new, confused and angry, to successful, low stress and . No one can second guess me, I did it all publicly.

first million was a bitch but the 10th one on has been pretty damn easy. It took me more years, more work and more time to make 1M than it does to make $200M these days. But, I had to go through the 6-figure phases and setbacks to appreciate and maintain the status I’m living now. It was worth every moment.

The biggest thing that allowed me to get those $3k in sales each day was I got more focused on lead gen than sales skills. I knew that if I just had enough leads, I’d be able to talk to enough people via email, text and social media, and that I’d eventually stack numbers up and win. I got to work mastering lead gen and used something called a “sales funnel” to get these leads.

Sales funnels are pretty complicated. Well, at least the software that makes them is complicated. That’s why I created phonesites.com/closer to help make it super easy to create a sales funnel that generates leads so business owners and salespeople like you can crack the 7 & 8-figure income code.

You can get on the path today for free by signing up at phonesites.com/closer for a 14-day trial. My team will even call you and help you build your first PhonesiteSites funnel.

Lead gen is the path to success. It’s the one skill that can truly set a salesperson free. Get on it. Sell it and scale it!