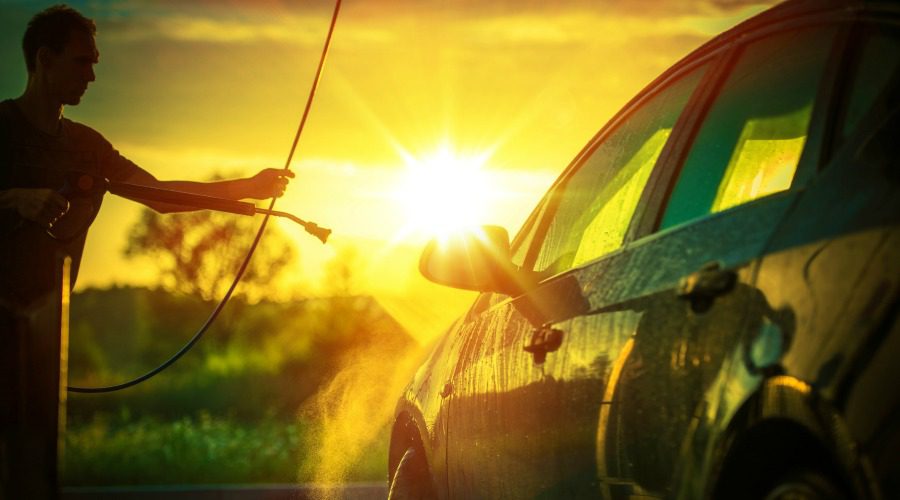 The Force of Average™ is strong on this planet, and it often manifests in the form of bad information from the people you think love you the most. In school, my teachers told me to stay in class. When I worked at the car wash, the other employees told me I was crazy to leave and work for a mortgage company. Because after all, what did I know about finance?

Good thing I don’t listen to people who aren’t where I want to be in life!

I knew I didn’t want to grow up and be a teacher.
I knew I didn’t want to wash cars in the 110-degree summer heat forever.
I knew there had to be a better way.
And I was right.
When I started my first company, Lifestyle Connections LLC, in 2004, people told me I was crazy to step out on my own and do my own thing. After six months in the business and multiple six figures earned, my friends and family came to me asking for a job.

That’s right. Those same people who told me I was stupid, begged me for work.

When Lifestyle Connections shut down, there was no shortage of people telling me: “See? I told you,” and they were expecting me to go back to work washing cars. They told me “You’d better learn your lesson and get a real job.” But that was their limited thinking. I may have lost a business, but I gained massive amounts of experience.
Then I started New Home Distributions, LLC. After a few months, I had made more money than I’d ever made in my entire life. I wrapped up 2005 grossing over $700,000 in sales. I was a one-man machine, too. I had no partners to pay, no employees to pay, and I got to keep/spend most of it on my own.
As the story goes, my home was raided, because the local cops thought I was selling drugs instead of selling homes. I didn’t have drugs, but I had a gun and they charged me for that. I beat the case and lost a lot of money in the process. Only for my case to be picked up by the ATF. Then I was sentenced to 15 months in federal prison.
After I got out, those same friends and family said, “You’d better go get a real job,” (again) and I did. I went to work at a bank and became the top producing LO in the company. I worked there from August of 2008 to March of 2010 and made over $300,000 in that time frame. I lost my job in 2010 because of my gun charge. The feds wouldn’t give me a license to close loans and I was out on my own.

I knew I had to start over again.

I had a calling for my life and it damn sure wasn’t to get a real job. So, I started a social media management company. Those same friends and family laughed at me again and said, “When will you learn?” But what they didn’t realize, is that I had been learning all along and I was getting paid to learn.
I worked my way up to over 70 clients and realized I needed to pivot. I loved social media but writing for over 70 people every day was killing me. So, I decided to stop what I was doing and start teaching how to do it. Once more, those same friends and family came chirping with their bullshit.
By 2014, I had made over a million dollars in sales and by 2015, I was making close to a million per year. By 2016, I was racking up multi-millions per year. Now, I’m close to earning millions per month.
Guess what? I also cut ties with those same old friends and family. Throughout my journey, they had never believed in me; I had to believe in myself. They had never supported me and never stopped sending doubt my way. Turns out, I was destined for success; it just wasn’t gonna happen overnight.
Imagine if I had listened to them. I wouldn’t have impacted the lives of over 90 million people in the last three years. You wouldn’t be reading this. Imagine if I had quit. I’d be selling something that made money but didn’t fulfill my life the way I was designed to be fulfilled.

Now I live a life I’ve dreamed about for decades.

It’s a life those doubters aren’t a part of and will never experience. Matter of fact, when I cut ties with them, my momentum excelled. I’ll never forget when one of my friends said to me “Maybe one day you’ll make it, man.” Little did he know, I was already a millionaire and I just didn’t have the heart to tell him. I didn’t want to embarrass him and hurt his feelings.
See, when you level up, others around you have a choice to make. They either level up with you or simply accept that you’ve got what they don’t. Most of the time, they will try to bring you back down to their level, so they don’t have to leave their comfort zone. Don’t listen to those people. Listen to the voice in the back of your head. That’s your real guiding light.
If you’re surrounded by “nay” sayers, but you’re ready to surround yourself with winners who will lift you up, push you to your limits and help you win at life and in business, watch the video at www.bfaentourage.com
← THC Podcast 107: 5 Tips For Creating A Digital Product/Course That Sells It's Your Civic Duty To Close Your Prospects---Here's Why →