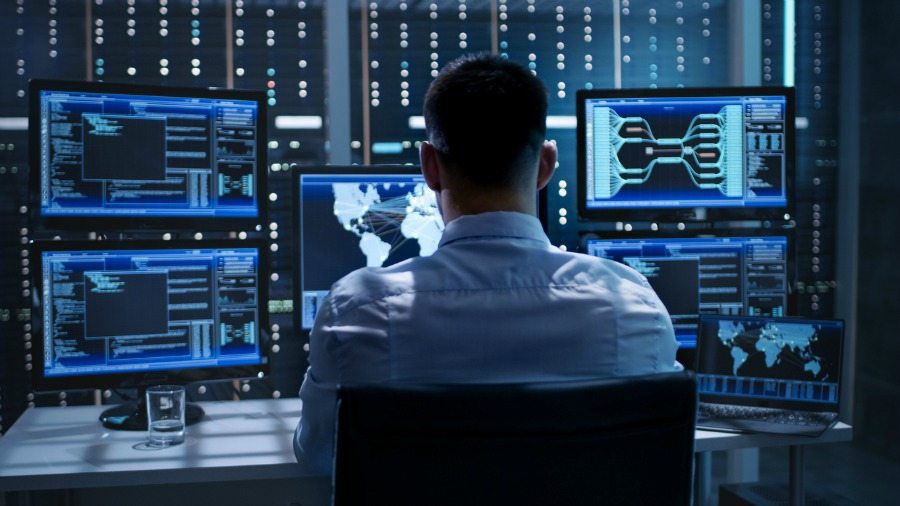 With the looming threat of artificial intelligence, many sales jobs will be lost in the near future. AI will be able to do more than any salesman could ever do. Artificial intelligence is on the rise because natural intelligence seems to be declining. Now, you might be one of those who says, “There will always be room for me in sales because I add the magic touch,” or whatever. Phone operators used to say the same thing. Most businesses are on “press one to speak… ” phone systems now.
The robots, as I like to refer to them, are on the rise and there’s nothing any of us can do about it. We can’t ignore this trend. The Rocket Mortgages and Esurances of the world are going to bleed into other industries as well. Carvana is replacing sales pros and the finance department. It can happen to any of us and when it does, we need to be prepared.
One of my all-time favorite sayings is: “If you can’t beat ’em, join ’em,” and that’s how I feel. If the robots are coming for your job, wouldn’t you want to be the one selling to the robots that replace you? I know I do! I want to be the guy who sells the thing that replaces everything, not the guy who falls victim to it.

I’ve been blessed with a gift that allows me to be pretty damn good at seeing the future.

I don’t mean in some sort of sixth sense kind of way. I mean, as in I can spot patterns and make educated guesses on what’s going to happen. I was one of the first ones to start saying FB was the new hot spot to run ads and get leads from. I ran my first Facebook ad in 2010.
Being ahead of the curve is a blessing and a curse. It’s a blessing because I can see what’s next. It’s a curse because I stay worried about what’s next. For the last two years, I’ve been looking for breakthrough industries and products to sell that will sustain the current trends with AI and smart apps.

Several years ago, I learned about something called a “sales funnel.”

These sales funnels were made by getting a GoDaddy domain and uploading a custom WordPress blog onto it. It would take months to create the design, the site and then the offers and follow up to go around it. Each sales funnel was hard AF to put together.
A couple of years ago, a few companies came out and aimed to solve this problem. Two of those companies are ClickFunnels and Leadpages. These two companies have made it super easy to put together entire sales funnels. I can now create and deploy an entire real estate funnel in less than an hour. This technology revolutionized the tech world.
Flash forward to today and sales funnels are all the rage. They are practically a dot com bubble 2.0. Every business owner needs one and as soon as they see them, they buy them. There are over 200,000 people who create these sales funnels from the ClickFunnels and Leadpages software.

The problem these 200,000 people have is that they are tech geeks and not salespeople.

These tech geeks have created sites that scrape data, collect lead information and convert leads to sales, but they are mostly socially awkward introverts. I’m not talking shit about funnel makers. I’m just saying it’s awfully hard to find a tech geek with sales skills.
This means that selling sales funnels is a wide open market RIPE for the taking. The industry needs you. Sales funnels are hot and in demand. Every business knows they need a website and the best businesses know those websites have to be up-to-date and state-of-the-art to keep the user’s attention.
I call selling these sales funnels being a “funnel closer.” A funnel closer is a person who sells sales funnels to businesses, salespeople and other entrepreneurs. Being a funnel closer requires almost no tech skills. Leave the tech stuff to the funnel makers. The funnel closer simply sells the website, enters the order on the job board and collects the commission.

Being a funnel closer pays anywhere from $2,000 and up per sale.

I’ve sold one funnel for $20,000. My commission on it was $15,000. It took less than three hours of my time to earn $15,000. The client was happy; the funnel maker was happy and of course, I’m still happy. This job is lucrative, in demand and easy AF to sell.
Businesses are used to paying $20,000 or so for a website. This isn’t an out-of-the-ordinary charge for them. The fact that technology is easier than ever to use and there are plenty of people using it, means you get to make a substantial profit just for being the middleman.
It only takes five sales a month in a year to make $1,000,000 in commission from selling funnels. If you make a 7-figure annual income, you become a top one percent earner in America. This dot com bubble 2.0 can be the thing that gets you there. I’ve created an hour-long training on how all it works, how you get paid and what to do. To access this webinar simply go to www.funnelcloser.com
Share this article with someone in sales who is looking for something new and in-demand to sell.
← THC Podcast 092: 5 Valuable Lessons I Learned From Being Kicked Off Of Facebook For 30 Days Most Salespeople Blow Sales Because of These 2 Reasons [Video] →