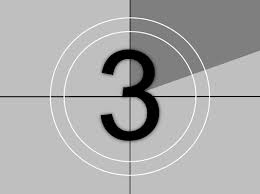 We all speak three languages. You are probably good at one, and suck at the other two. The good news for you, is that your so called competitors suck too. Well, most of them anyways.   Now, I’d be you didn’t realize there are 5 different definitions of language. When we think articulation, we generally do so in the form of speaking. That’s just one of 3 languages we speak. The other two are generally neglected and abandoned.

We’re all UP in this digital world. Think. Right now you’re reading. I’m not talking to you. You may hear my voice, but really you’re taking in my shared information in a language we call writing. Want to know how important it is that you learn to write right? Example. How annoying is it when your friends mix up “to” “too” and “two” in their facebook posts? How ignorant does it make them look to people who speak the language of writing with mastery? This is just one example.

Allow me to break down the three languages every salesperson should master speaking.

Spoken Language Salesmen pride themselves on being good talkers. Most of us would even agree, we get paid with our gift of gab. Our job is to use the language of our mouths to influence our prospects to make an informed buying decision.

Most salesfolk focus 100% on spoken language only. They buy courses, read books and join programs to become be
tter speakers. This is the only one of the three languages where the competition can be thick. The world is full of good salespeople who can talk a good game.   While spoken language is important, all three are, it’s the most used language of sales people, yet the least favorite when it comes to buyers. As they say, “talk is cheap.”

Written Language Writing can make or break a business. Especially an online business, which these days covers just about everyone. Most people in sales fire off half-ass emails and then are upset when their clients misunderstand, or worse, take the message as short and rude. Lack of effective communication in the form of writing can be devastating.

Written text is a work of art. It’s the placement of the words. The spacing of the paragraphs. The punctuation in the sentences that make all the magic come together. Also once you write an effective sales pitch, you don’t have to write it again and again. Just send the email, letter or whatever it is over and over. Written words can be like salesmen, pitching your biz for you 24/7.

Body Language Have you ever been to a seminar, biz op meeting or some place where the speaker said all the right shit but you got a sneaking suspicion something didn’t add up? We’ve all been there and 99% of the time it’s due to a body language communication error.

Just like written and spoken forms of language, our body has it’s own way of communication. From the tonality in our voices to the animation in our faces all the way to the gestures we make with our hands. Mastering the use of body language to sell is a must.

When you watch videos and the person on the screen is all stiff with their arms in the same damn place every speaker thinks they should go, don’t you just want to vomit? Yea I said it. For years speakers have been trained this way so it hides their body language and suppresses the bodies creative expressions.

When the body wants to tell the truth, it gets in the groove with motion. I know when I’m passionate about something I tend to flail my arms all over the place. Have you ever seen my videos? lol. I’ve learned the body language that attracts those I want to attract.

In a society that avoids the phone, loves social media and text messages you’ve got to master more than one language. As more and more of you start using video in your marketing, you will need to master scripts and body language in order for the videos to perform at maximum rates. It’s not enough just to be able to talk these days, you have to effectively communicate over all areas, not just one.

If you’d like to master all three of these languages and kick ass in sales, then simply fill out the form below and let’s set a time to see what needs to be done on your end and how I can help you. BOOM!