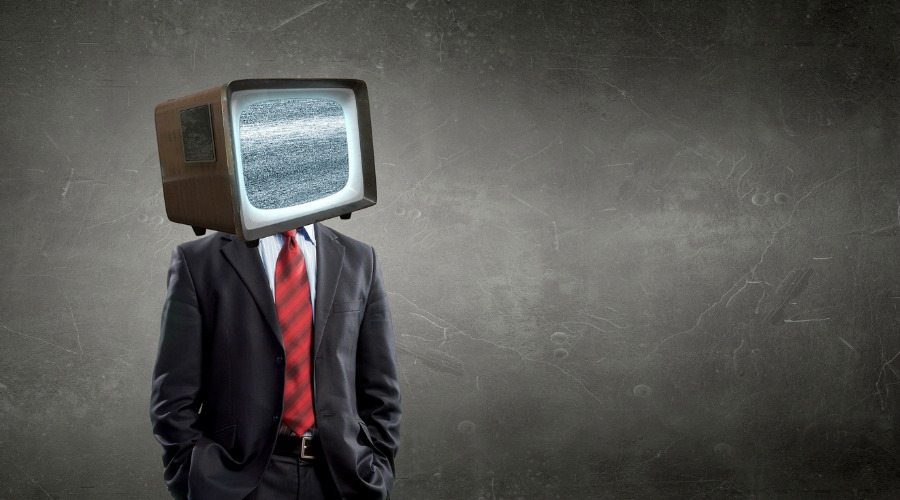 Back in 2008, I swore off TV. The news was getting out of hand, the shows were getting dumber, and I just couldn’t take it anymore. I started watching YouTube videos at night instead of TV shows. I’ve kept that trend up for nearly 10 years now. Matter of fact, in my office and at my home, I have eight TVs but have not had cable in over five years.
As I get older and more business savvy, my curiosity is rising about TV again. I mean, after all, I am a marketer and TV is marketed to the masses and viewed by millions daily. Surely, there’s something to be learned from TV. Even though it’s archaic and on its way out, there are some pretty damn good shows on for us business folks.

When I swore off TV, it was mainly because of the news.

That shit will rot your brain. In 2008, the shows that were on TV were way more limited than those on now. I think TV has reached out and offered something for almost all of us. From the brain-dead Jersy Shore watchers to the Shark Tank crowd, there’s something for everyone on TV, but be careful, and make sure you watch the right shows, not the dumbshit.
I’ve taken the time to create what I think is the best list of shows salespeople and entrepreneurs should be watching. If you’re gonna watch TV, cool, just shift your habits to watching the right shows, instead of the mindless crap they have playing on most channels 24/7. 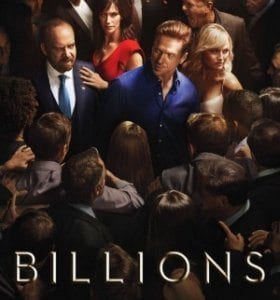 Billions – This is my favorite show. It comes on Showtime and is on its third season. The show is about Bobby Axelrod, a cool-guy hedge fund manager who owns Axe Capital. He treads the fine line between legal and not-so-legal trading. The SEC is after him constantly and his DA nemesis is Chuck Rhoads.
The show keeps you on your toes and exposes how ego causes a lot of trouble. As a salesman, I’ve learned there isn’t anything money and finesse combined can’t get you. This show is a must if you work in sales.
Power – On its fourth season on Stars, Power is basically the same story as Billions from the other side of town. James St. Patrick aka Ghost, is a big-time drug dealer moving major weight who’s the target of the DEA, FBI and just about every rival gang in town. His partner, Tommy is a loose cannon and Ghost is banging the DA.
Salespeople should watch this for two lessons. Lesson one: how to market your business by word of mouth. They move massive amounts of cocaine without a single ad. The second lesson is to choose your partner wisely. Ghost is constantly betrayed by Tommy his business partner and his wife as well. You’ll learn how to find quality people in your life, unlike Ghost. 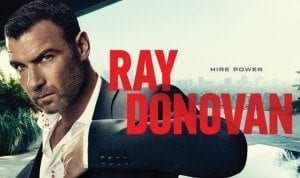 Ray Donovan – The guy who plays Ray Donovan on the show, has the easiest job in Hollywood. Ray almost never speaks. Which is a lesson every salesperson needs to learn immediately: How to communicate without talking! This show is on its fifth season and still going strong. Showtime is the parent network.
Ray is a Hollywood hit man. He always finds himself in the middle of serious situations in which he also always manages to find solutions. As a salesperson, watching Ray come up with solutions is a must because it makes your sales situations seem like nothing.
Suits – This show is on its seventh season on USA Network. It’s about Harvey Specter, a lawyer who’s got an unconventional legal partner. These two are straight up problem solvers. Everything that gets thrown their way, they solve. They use very unconventional methods to benefit their clients.
Salespeople will love this show because it’s all about selling defendants, judges, and juries on their way of thinking. There are some seriously good word tracks and closes you can learn from. I think every salesperson can get a lot from watching it. 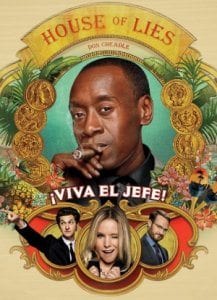 House of Lies – Being on season 10 on Showtime is no easy feat. House of Lies has done it, though, and it’s due to the badass sales strategies that take place in the show. The show is based around a consultant named Marty Kaan. Marty and his ex-girlfriend constantly battle over contracts to consult for major Fortune 500 corporations.
The way the characters on this show put plans together is fascinating. There are so many sales lessons to be learned in every episode. Matter of fact, when I pitch people on my consulting skills, I like to pretend I’m Marty Kaan, lol.
The Profit – I met Marcus Lemonis in 2016 at Funnel Hacking Live. He and I both spoke on stage. He’s a really great guy. His show is on CNBC in its fourth season. Marcus takes over companies and turns them from failing to scaling. Each week, he picks out a business to invest his time and money into to turn it around.
This show benefits salespeople but it’s really driven for entrepreneurs. You’ll see the mistakes others have made and how Marcus redeems them. You can gain experience from watching others in the trenches. Marcus is a business genius and his unconventional thinking is an amazing thing to watch on TV.

Shark Tank – If you haven’t watched Shark Tank, IDK what you’ve been doing. This show is all about the sales pitch. It airs on ABC and is in its eighth season. The show consists of a panel of extremely wealthy investors like Damon John and Mark Cuban, who listen to sales pitches and make decisions on investing.
If you own a business, this show will give you insights on what you need to do in order to evaluate and get investor money to grow what you’ve built.  You’ll see what investors do and don’t want along with how deals are made and what you can expect. This show is also filled with badass sales pitches from contestants.
Ballers – If Dwayne Johnson is in it, I’m watching it. I love him. He’s literally the last badass left in Hollywood. Spenser Stratsmore is a retired NFL player with a pill habit and a black mark against his financial planning license. He spends his time trying to convince current football players that they shouldn’t blow their money, which turns out, is not easy at all.
This show is based on two salesmen. There are so many lessons to be learned in every episode. No matter what happens, they always close the deal, handle outrageous objections and party like rock stars. This is a show you can watch on a Sunday night and get fired up for work on Monday. It’s in the fourth season on HBO. 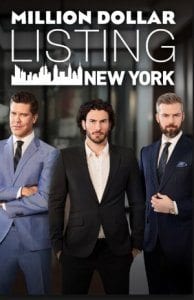 Million Dollar Listing NYC – Real estate doesn’t really go down like it does on this show but that doesn’t make a difference. Fredrik Eklund is a salesman. I know him personally; we worked together on a training program back in 2014. He’s my favorite of all the MDL cast. Fredrik sells over a billion dollars a year in real estate across multiple countries.
Salespeople can learn a lot from Fredrik. He’s himself and no one else. His quirks actually get him business instead of costing him. On top of that, he’s the expert. He knows his industry and city like no one else. There’s a reason he’s the #1 broker in NYC. Catch this show on Bravo in its sixth season.
Entourage – This show is no longer putting out fresh episodes but I couldn’t leave it off the list. Despite the storyline being about an actor who gets free drugs and bangs every hot chick in Hollywood, there’s this guy Ari Gold, played by Jeremy Piven who makes the show. Ari is a stone cold closer. If he wants it to happen, it happens.
Salespeople should idolize Ari. He’s loosely based off Ari Emmanuelle, the founder of the William Morris Agency. Ari Gold only works with big-time, big star clients. Vinny Chase, his main client, always gets himself into some shit and Ari always sells his way out of it. You can catch this on Amazon TV for free or Netflix.
Like I said, I’m not the biggest fan of TV, but if you watch it strategically and pay attention to the right shows, you can actually take away good lessons from TV instead of FAKE NEWS!!!
If you’d like to spend your time away from the TV, that’s cool, too. I only watch TV 1-2 hours a week. I spend most of my time online networking with millionaires. You can do the same by joining us at www.breakfreeacademy.com/entourage
← THC Podcast 076: 5 Daily Routines Of Top Producers How To Defy Expectations When No One Believes In You [Video] →