Turning Crumbs Into Bricks. The Entrepreneur’s Come Up 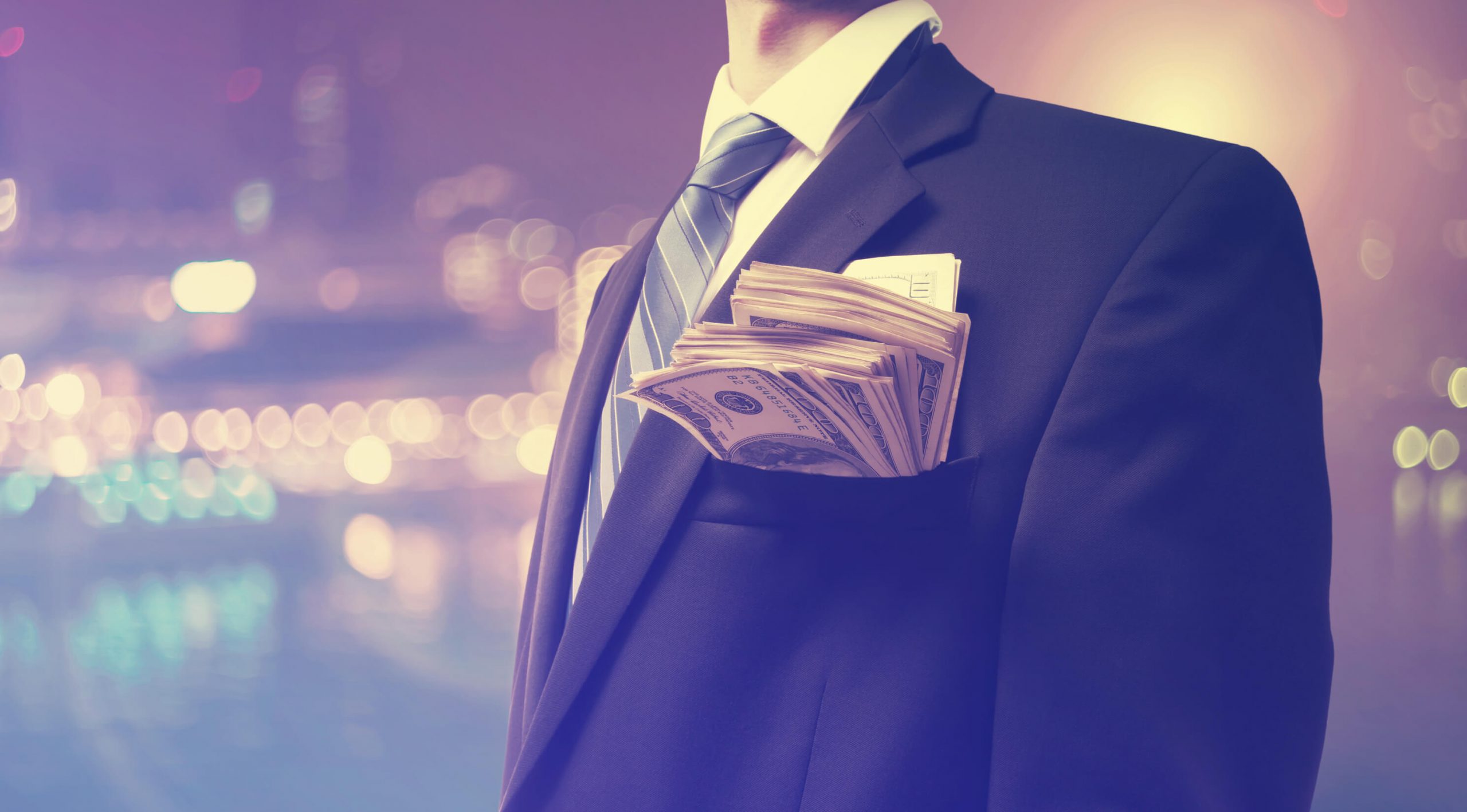 My first entrepreneurial venture was selling drugs. You’re more than welcome to get all high and mighty on me, but chances are you’ve bought your fair share, too. As a young man without anyone in my life to give me business advice, I saw an opportunity to sell drugs to the people I worked with. They were all doing it and gonna buy it somewhere, it might as well have been from me.
I started off investing $150 into the game. Then I flipped that $150 over and over again until I’d bought guns, a car, paid rent in a nice apartment complex and more. I was by no means “rich” but at age 19, I had more than most of my friends. About two years into full-time drug dealing, I got caught by the cops (long story.)
The police, as expected, took everything. My jewelry, guns, cash, drugs…and left me with a $25,000 bail. So, instead of having cash flow and assets, I had massive debt and was stuck in the county jail. By the time I made it to state prison, I realized drug dealing was not the path for me.

I haven’t sold a drug since.

While I was locked up, I read a lot of books. Not novels, business books. I realized I had a great business sense, just no one to teach me about business. So, I educated myself. After all, I had all the time in the world.
Upon my release, I got a job at a car wash. And I learned everything there was to know about that car wash. From the machinery to the soap-mixing ratios, I memorized it all. I ran the most efficient car wash location on the entire chain. After working there for two years, I got a job offer from one of the regular clients of the wash. She offered me a position in the mortgage industry and promised to teach me everything she knew.
I had nothing to lose. Only making $9/hour plus commission (which wasn’t much), I figured jobs like that existed everywhere. I could always get another. Problem was, I had no savings. No cash flow. No income. I was starting a commission-only job with no draw.
I didn’t like the idea of not having money or a certain income, so I started hustling on day one. By the fifth day, I had a deal in my pipeline that paid me over $6,000 thirty days later. I was hooked! Where before it had taken me 2-3 months to earn $6,000, I was now doing it in less than a month. Selling mortgages was easier than selling drugs. Paid better, too.
The next month, I made a little over $7,000. Since I had no debts or bills, I was able to take that money and invest it into buying real estate. Flash forward 12 months and I owned 33 homes and was making just shy of a million in gross income. I didn’t own the homes free and clear. Instead, I leveraged mortgages against them, so I got paid several times on each transaction.
I had come up. For the first time in my life, I had money, cars, assets, rental houses and equity partnerships in companies. I was earning so much money and buying so many toys the local police thought I was selling drugs again and raided my house. Obviously, they were wrong about the drugs, but they did find a gun. The Allen PD arrested me for felon in possession of a firearm and turned my ass over to the ATF.
I ended up with a 15-month sentence in federal prison. That’s right, I was moving out of the nice neighborhood and into FCI Seagoville. I had seen the “top” and been pushed back down.
But it gets worse…
Two days before I was set to turn myself into FCI Seagoville, I got into an argument with my (then) wife, who pulled a slick one on me. Turns out she was banging the yard dude and they had a plan. She had me picked up by the police and while I was waiting to make bail, cleaned the house, the bank account and left me with a restraining order.

In less than five months, I went from being a millionaire to a broke dude serving fed time. I read books, worked out and got my game plan together for when I was released. I knew I was going to get back into the mortgage business. I even had a job lined up.
After 15 months passed, I was free, and so broke, I had to sleep at a halfway house for six weeks. The job I’d planned on…fell through. The mortgage industry was crumbling. LOs were leaving the industry left and right, some even committing suicide.
I didn’t let that keep me from sticking to the plan, though. I ended up getting a LO job with a large mortgage bank, and as soon as I did, put in work. Within 2-3 months I was the top producer. In 2009, when everyone else was broke, I closed 183 loans and made multiple six-figures.

Fresh out of prison without a single excuse!

In a year, I had money in the bank, a home, two cars and was living the high life again. Until March of 2010, when the Dodd-Frank Act passed and I was no longer allowed to originate mortgages.
“Dammit. Can I just get one f*cking break?”
At least, this time, I wasn’t in prison, and I had a few dollars to my name. So, I invested those dollars on a “sure thing” and lost them all. No money. No job. And the bills weren’t paying themselves. I did odd sales jobs and became a hired closer for a few people when they needed me, but it was nothing steady.
That’s when I turned to the Internet. In prison, I learned a lot from books, so I figured I’d learn a lot from watching videos about businesses, etc.
I had to make something work.
I was introduced to Frank Kern and Kevin Nations after I took their $8,000 course. (and after hustling to get the cash for the program.) They taught me how I should run my online business. I decided I was going to teach loan officers how to close as many loans each month as I did.

Since I couldn’t compete, I’d collaborate.

I had a business model that would now work but had almost no money for marketing. After paying Frank and Kevin, I was literally out of money. I remember sitting at Kevin’s house as AJ Roberts taught me how to run FB ads. He’d set my daily ad spend to $100/day. Suddenly, I was worried my card would be declined.

Once again, I’d be turning crumbs into bricks, though.

By the time $25 of that $100 ad spend was gone, I’d made a $2,500 sale. Next, I scaled that ad up to $200/day until I could no longer take on clients.
That was early 2012, and I’m still over here scaling daily. I’m still flipping bricks. Although last month I bought two homes to flip!
The reason I shared my story with you is simple. It’s to remove any excuse for failure you have. My journey has been long and hard. I didn’t arrive here overnight, but I arrived, nonetheless. I’ve lost so much shit in my life, that I know how to get it all back and quick.
I’ve faced struggles that many people have nightmares about.
Whatever it is you are letting stand in-between you and your come up, it’s complete bullshit and you need to get over it. How do you get over it? Do the work! F*ck your excuses.
A month ago, I wrapped up an 8-week course on the “killer mentality” it takes to get through hard times in order to prosper. The course is called “Own It Academy.” I highly recommend you get a copy of it when it comes out. It’s life-changing material folks. Also, if you want the detailed version of my journey, buy my book Hardcore Closer on Amazon.
← THC Podcast 023: Hardcore Closer's Go-To Online Resources That Make Money THC Podcast 024: 7 Questions Salespeople Can Ask That Will Close More Deals →