Lessons Learned About Sales and Saving Money From Lil Dicky 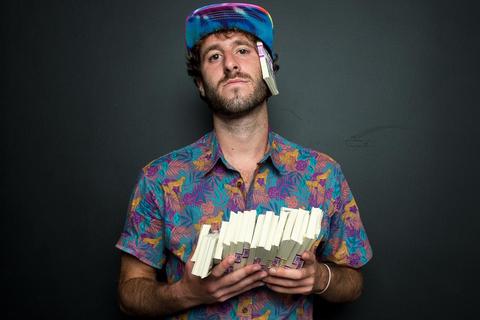 Unless you’ve been off social media, TV and the radio for the last month, you’ve heard “Save dat money” by this dude who goes by Lil Dicky. I hate that rap name and refuse to keep typing it over and over in this article, so I’m just gonna call him “Dave”.
Dave is a badass. Not only can he rap, he’s aces at working his ass off to make sh!t happen. If you watch the $ave dat money video, you see him knocking doors, working deals, and negotiating with people to let him use their stuff in his video. While we only see a few of the people he hits up to be in the video, we can rest assured that he made a shitload of calls and pulled a lot of favors to be able to make the video happen for ZERO dollars.
There’s a lot of lessons we can learn from this dude so let’s talk about them.
I first heard of Dave from Spotify on the Most Necessary playlist about two months ago. Apparently he’s been popular on YouTube for a while now. I don’t spend much time on YT so I had no idea he had been around a while. When I first heard $ave dat money on Spotify, my head immediately began to bob.
Then, when I noticed the song was the EXACT opposite of everything rappers are saying, I knew this guy was on to something. Warren Buffet says “Be greedy when everyone else is fearful and fearful when everyone else is greedy” Dave aka Lil Dicky did just that. When all the other rappers are talking about blowing money and going broke, he raps about saving money since he was 13. While most rappers talk about being black, Dave raps about being Jewish.
Practically everything about Dave is the opposite of the marketplace norm. If you’re gonna be different than everyone, you better be good. If Lil D sucked as a rapper, him being the opposite of the industry norm would be a joke. Immediately people would disqualify anything he did, even if the beat was good. Instead, he’s billed himself as a “professional rapper” and has the lyrical credentials to back up that claim.
There’s so many lessons to be learned from watching this dude it’s unreal. He’s an advertising and marketing genius. According to wikipedia he spent some time working for an ad firm. He went to school to learn advertising. The dude has it all figured out. His recent breakout into mainstream was most likely calculated too. He probably saved all of his YouTube money up until he had enough to hire Quan and Fetty to join him.
When you watch the $ave dat money video, you see all sorts of big time stars and celebrities in it and you know Dave didn’t pay them. Who does he think he is? SXSW? Everyone needs to learn this lesson and implement it, the lesson of practicing what you preach. The dude does and lives what he raps about. Most rappers rap about their real world experiences. So does Dave, it’s just that his experiences are different than most rappers. People love that he owns who he is.
In the video, it also showcases the legwork Dave put into making the video. It shows him door knocking, cold calling and cutting deals. He shows what it takes to save money. You can see that money can accelerate things and replace hardwork, but if you have no money, hardwork always works.
I’ve always said that paid advertising replaces the need to organically market. Instead of me reaching out, cold calling and doing all the legwork stuff that I hate, I just pay for ads and let the advertising do my legwork. That’s not always been the case though. There was a time when I was like Dave, in the sense that I had to cold call and door knock to get my way too. The video is a good reminder.
Another lesson from this guy, that I think is the biggest, is that he calls himself “the professional rapper”. What a great title. He’s not really challenging anyone or saying he’s the best. Most people in the industry are unprofessional and by giving himself this title, he’s separated himself from the rest. Without pissing them off! It’s brilliant. He has the confidence and experience to call himself a professional.
In my world, the world of sales trainers, everyone wears suits, goes to church on Sunday and is all motivational. I’m none of that. Yes, I occasionally wear a suit, but like twice a year. I am covered in tattoos and I cuss on camera like a sailor. I showed who I really am and said “deal with it” to the world. A lot of people accepted me. I see Dave doing the same thing in his industry. Standing out and owing who he is.
I’d recommend keeping an eye on ol Dave, here. He’s got this advertising and publicity thing down pretty good at this point. I see nothing but good things in his future. He’s gained the attention, now let’s watch and learn as he capitalizes and monetizes it. Who thought we’d ever get sales advice from rappers?
← How To Keep The SUC[k] Out of Success Three Ways To Step Up Your Negotiation Game →