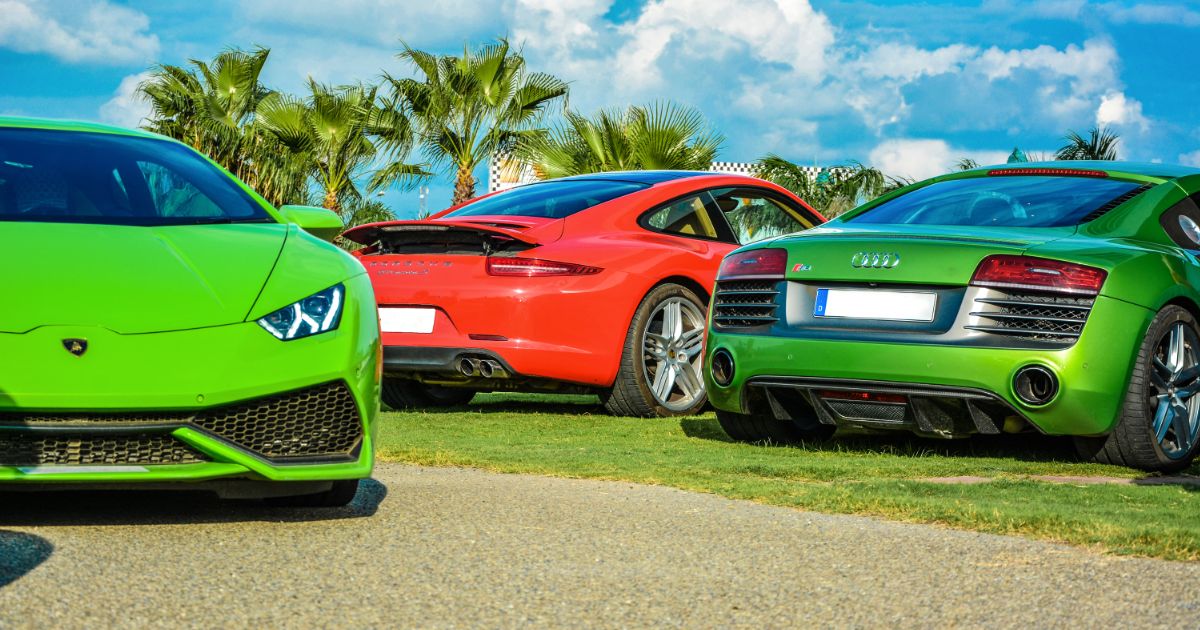 In 2018 I attempted to give away a Mclaren. I created some pretty easy to follow rules and a really easy way for someone to win the car. After 9 months, no one was even close to winning the car. I was massively frustrated and even more disappointed.
It was all good though. I drove the car for a year, sold it and even made quite a bit of money for owning it. I met connections at car shows, used it in advertisements and was able to depreciate it as well as write it off on my taxes.
I still wanted to give away an exotic car though.
I think it would be badass to give the keys to a car that cost 6 figures away to someone who earned it. I had planned on doing so at my live event. I wanted to film the whole thing and not only have the memory, but I also wanted to use the footage in an ad. It just never happened.
In 2019 I got another idea. Maybe people just didn’t like Mclarens as I do. So what if I gave away a Lamborghini? I went out, bought a 2017 Huracan and created another contest. This time the contest was waaaay easier for the contestants to win the car.

Here’s what I did:
I offered to take 500 people, train them on how to sell my PhoneSites product. Once those 500 people had sold 4,000 Phonesites subscriptions, I’d pick a random winner in a drawing and give the Lambo away.
Think about the math here. That’s only 8 sales per person. Pretty simple to do. Nothing astronomical or out of the question for even the average person to accomplish.
On top of this, I made a Facebook group and took those 500 people and trained them weekly for 8 weeks. I even gave them leads. I did everything I could to ensure that this time, I was going to give away an exotic car. I was even paying the people 50% of each sale they made in perpetuity.
Or was I?
Sonofabitch! Week 1 of the training had only 50 of the 500 people. The same people who went out of their way to join the contest didn’t even show up for the training. Less than 10% showed up and watched week one. Then week two had like 20 people total. This time I was not only let down I was fucking pissed.
Because of the type of person I am, I ended up doing all 8 weeks of training even though almost no one showed up. On top of that, a year later, only 5 of these people made sales. I even gave 200 leads to several contestants and they didn’t even take the time to call them. I was and still am heated AF about it.
Now you might think the product sucks, or that my training sucked. I can assure you that’s not true. I have sold over 6500 users of our product and over 3200 of them have built sites and still use it. I’ve sold it. My team sells it daily and our users love it.
The problem is people just aren’t motivated. Or so I thought.
Here’s the part where this shit gets weird. People would start to hit me up and say “what if I win and I can’t afford insurance?” or “What are the taxes gonna be on the car?” You know, shit that small-minded ass people start thinking in order not to win. Not just their dream car, but in their life in general. I even offered to pay the taxes on their behalf, so that got rid of that objection.
So I started researching as to why people wouldn’t work their asses off to get their dream car. Turns out, the competitions where exotic cars are given away struggle the most.
This is why Wheel of Fortune and The Price Is Right only give away cars that cost $50,000 and less. Most people just can’t see themselves driving an expensive car. But they can see themselves driving an average car. Shit is depressing now that I think about it.
I tried to help average people win big, and that’s just not gonna happen. Average people are average for a reason…They choose to be. You can get mad at me for saying it, but it’s the fucking truth.
I’d have done better to give away a BMW 3 series than a Mclaren or Lamborghini. People can wrap their heads around a BMW, but they don’t believe they deserve an exotic car.
So I canceled the contest and just kept the car for myself. I’m not complaining, I can afford it, I use it for advertising PhoneSites. I wrapped it with the PhoneSites logo and take it to car shows with other exotics. People take pictures of it all the time and its free ads for PhoneSites.
I went on to hire a team of salespeople to sell PhoneSites and they are crushing it and we are using the technology to change lives. We’ve delivered over 350,000 leads to our users in less than 2 years.
In the end, I got a Lambo that’s a tax write off, a cool car to drive and a team working for PhoneSites who love their job and love our product.
Looks like I’ll never get to give the keys away to an exotic because if you fool me once, shame on me. Fool me twice, well fuck it, we can’t get fooled again (George W Bush joke)
← The Difference Between an Entrepreneur and a Business Owner [Video] Top 8 Reasons Prospects Ghost You | THC Podcast 206 →