What I Learned From Hanging Out With Ken Shamrock, Guy Mezger and David Goggins 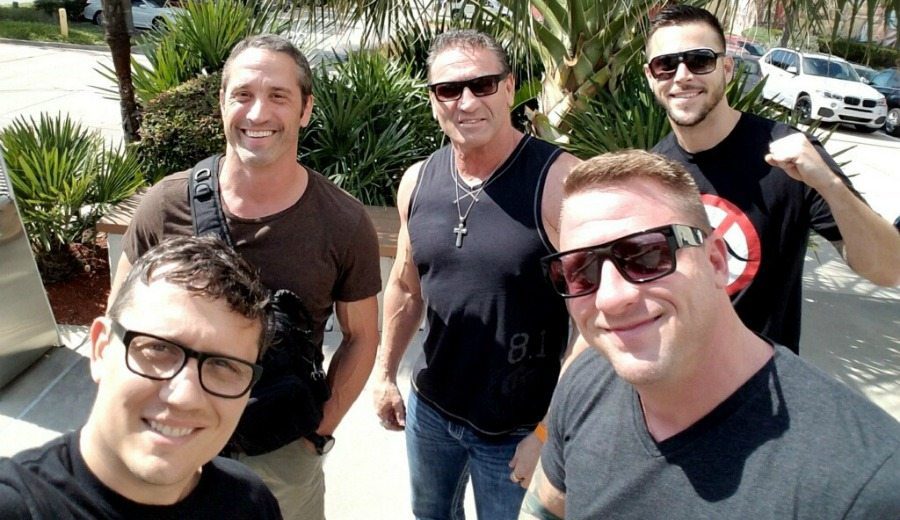 Lately, I’ve been making some pretty interesting friends and business acquaintances. Just this week, I sat down to lunch with Ken Shamrock and Guy Mezger at Taco Diner in Addison, Texas. I had flown Shamrock and his biz partner Des Woodfuff in town to work on a few projects we had been discussing via phone. While in town, Ken invited Guy to have lunch with us. Talk about turning heads when we walked in!
A few months ago, I picked up David Goggins for the second time. The first time, we went to see Joe Rogan do stand up comedy live. This time I picked him up from the airport and took him to his hotel next to where the Texas Rangers play baseball. Apparently, he coaches a few of their pitchers. After I spent just a little time in the car with David, I got him to agree to mentor me. Now we speak at least once a week and email daily.
A few years ago, I was marketing programs with the cast of Million Dollar Listing from Bravo TV. It was a cool job, I think I was even on an episode they aired. All of the cast members I worked with were high octane and on top of their games.

It was my first step into hanging around celebrities.

All celebrity factor aside, the first time I met David, I was with Hoss Pratt, Jay Kinder and Mike Reese. As soon as David hopped in the SUV, there was immediately a moment of silence for his badassery. His presence changed the atmosphere with four alpha personalities in the car.
In case you don’t know who David Goggins is, he was a Navy SEAL for almost 20 years and he is known as the world’s fittest man. He holds the world record for doing over 4,000 pull-ups in 24 hours as well as the record for running 200 miles.
Ken Shamrock and Guy Mezger both held championship belts in fighting competitions like Pride and UFC. They are two of the most famous men in professional fighting. They are well known pretty much everywhere they go. Plus, they stand out like an orange hat with a green bill.

Now that you know a little background into why I was hanging with them and who they are, I want to share some lessons they taught me.

You see, these three men have a lot in common. It’s not because they are all fighters and all-around tough guys; it’s because they all share the same mindset. The same discipline is required to hold the belt in the UFC as it is to be able to do 4,000 pull-ups in 24 hours.  It takes a “stop at nothing” mindset to make these kinds of moves.
Ken and I were talking in my office and he said something that totally resonated with me. He said, “You don’t know what I’m willing to do to get what I want.” That’s a powerful statement. He’s proven he will do whatever it takes to be the best. That mindset has taken him to the top of the fighting world and landed him a spot in the UFC hall of fame.
Guy was telling me that he hates getting hit. He learned how to fight and take the least amount of blows possible. He went on to tell me about how obsessed he became with learning about the human brain. He became so educated about the mind, he now is a doctor and has his own line of neuro-stimulants that are actually healthy for your brain.
The quality about all of these guys is that once they set their mind to accomplishing a goal, they make it happen. All of them have gone from being the best in the world at one thing to translating those skills and that mindset to be the best in the world at another.
I’ve been saying it for years, but winning is all in your mind. So is losing. When you give yourself no way to fail and every excuse to complete your mission, you have the mindset of a champion. If you’d like to surround yourself with champions and people winning, join our mastermind at www.breakfreeacademy.com/entourage
← THC Podcast 085: 5 Proven Tips For Closing More Deals With Email The Difference Between a Website and a Sales Funnel [Video] →