When You Take Your Foot Off The Gas Your Dreams Pass 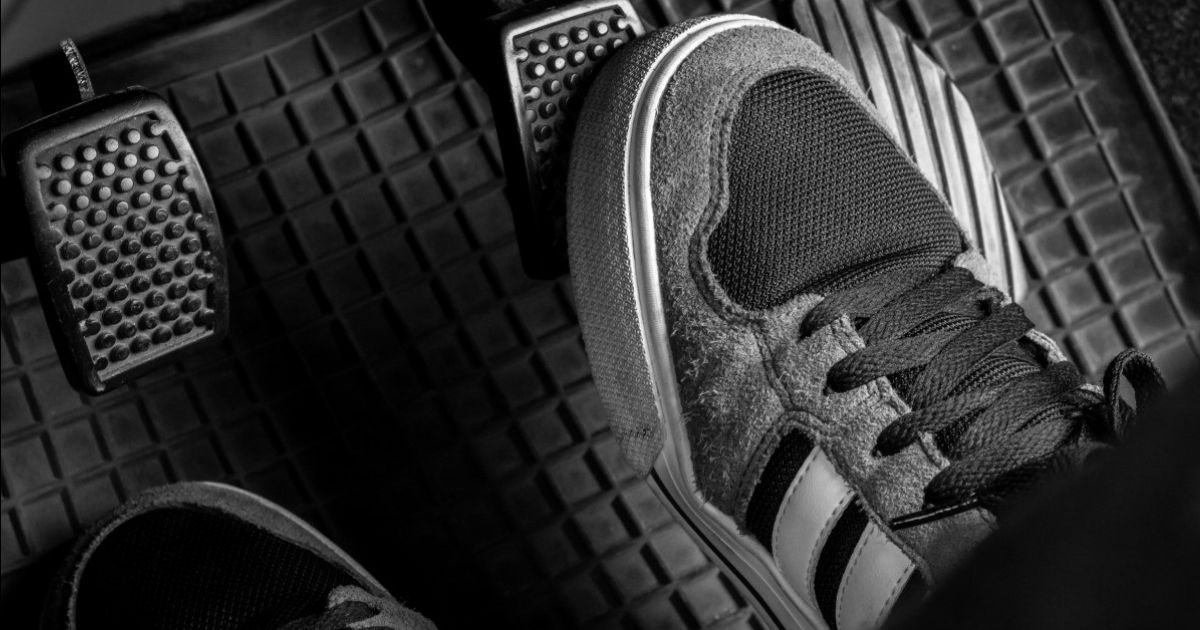 One of the biggest tricks the Force of Average pulls on us is when we get busy and take our foot off of the gas. For example; you have a good month at work, and the next month you have a horrible month.
It happens a lot of us in sales.
We go out and prospect hard for a month. This leads to us getting a lot of new deals in the door. Then we babysit those deals and make sure they close. In the midst of all this, we stopped prospecting, so once the deals close, we have no more deals coming in. I’ve seen this happen over and over again too many times to people.
I call it “taking your foot off the gas”
I have a friend who won one of those race days at the track, where you can drive Lamborghinis around Texas Motor Speedway a few times. He got in the car, stepped on it, and never took his foot off the gas.
The “coach” riding shotgun said “I’ve never seen an amateur drive like this” he responded with, “these cars were made to go fast, why would I take my foot off the gas?”
The reason the coach never saw an amateur drive like that is because most amateurs take their foot off the gas and slow down around the curves. Often times amateurs think they have gone “fast enough” so any chance they get, they slow down.
The same goes on in business and in sales. People go fast at first but as soon as they hit the curve, they use it as an excuse to slow down. Once they slow down it stops future production.
When you take your foot off the gas, you watch your dreams pass.
Let’s say your dream is to make a million dollars in 12 months. You set out to make that dream come true. You work hard. You get deals in the door. You make all the right moves from January to August.
You’re on track and almost there but you decide to take a break because you’ve worked so hard for 8 months. Then you take time off and the time off catches up to you, causing you to fail at your goal.

When You Take Your Foot Off The Gas Your Dreams Pass

You can’t take your foot off the gas. The Force of Average will do everything in its power to distract you, but you can’t let it. Once you slow down, you slow up and once you slow up, you dry up.
You were designed to go all in all the time. As a human, you can build up endurance for pretty much everything. But if you take your foot off the gas your endurance fades.
Just like when you run. Let’s say you want to run a 10k but you’ve never run before. You gotta go out and run 1k then 3k then 5k and build up endurance to a 10k. But if you stop running once you can do a 5k, you will never be able to complete the 10k.
We can keep pushing. Humans are designed to push the limits of life. We hear stories about people who have defied the odds all the time. Yet those who don’t defy anything get shut down because they push and then slow down. Push and then slow down again.
The Force of Average does everything it can to distract you and tell you “good is good enough” but that’s a lie. Good is never enough. We are here on a pursuit of greatness.
Make today the day you decide to keep your foot on the gas no matter what. There is no reason to slow down or quit. You were made to push the limits so start pushing.
Your dreams are just beyond your limitations.
Push those limitations beyond your dreams.
← Success In The Midst Of The Struggle | THC Podcast 212 3 Benefits That Come From Personal Branding →