Why I Quit Using The Word “Mastermind” 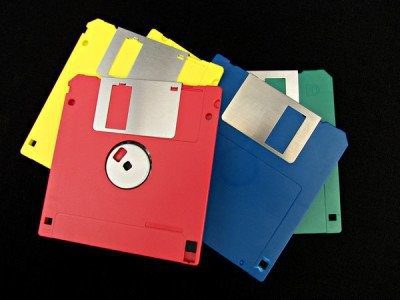 Until about 24 months ago the word “mastermind” was not common speak.  The only people who had ever been exposed to the word were those of us who had read “Think and Grow Rich” by Napoleon Hill. That’s not the case any more.
It seems like everyone that’s an entrepreneur now belongs to some sort of mastermind. Not all masterminds are created equal though.  Trust me.  I’ve made the mastermind circuit.  I’ve paid as much as $25,000 to belong to high level mastermind groups.
In 2013 I joined my first high level mastermind. It cost me way more than I had at the time to spend, but I made it happen.  I quickly found myself surrounded by some of the smartest people I’ve ever met.  From that group I made some of the coolest connections on Earth.
From there I joined at least 10 more masterminds at a minimum buy in of $10,000.  At one time in 2013 I was paying over $10,000 a month in just high end mastermind memberships. Needless to say I’ve most likely been a member of your favorite marketer’s group.
Some of the masterminds I belonged to met weekly, some monthly, some online and some in person.  There’s no ‘one size fits all’ template to masterminds.  Different groups serve different purposes.
Lately though, in my opinion, the word “mastermind” is simply thrown around too much.  It has lost its power and meaning.  In 2013, when you said “I b 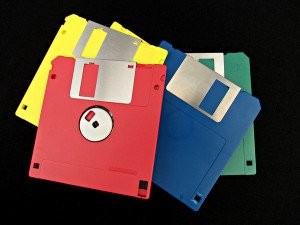 elong to XYZ Mastermind”, it meant something.  I know I had a sense of pride attached to belonging to an elite group of outside of the box thinkers.
Flash forward to 2015 and everyone and their pet lizard is a part of a mastermind.  The meaning of mastermind went from ‘elite group of outside of the box thinkers conspiring to take a common action” to “shit people say they are a part of” it definitely watered down the idea and feel of mastermind membership.
I saw an article about a month ago about how Michael Kors had watered their brand down so much that it wasn’t seen as a status bag any longer.  They had essentially become their own enemy.  They had bags that ranged from $2000 to $200 so that everyone could afford to carry their purses.  The problem is that if the general public has no idea if you paid $200 or $2000 the “I’m better than you” appeal is lost.  Market demand soon follows.
I feel the same about the word mastermind as the market feels about MK, lukewarm.  I couldn’t care less.  The once elite meaning is now gone.  Not too long ago when someone said they were in a mastermind, you had to figure they spend good money and had some market value to their business.  Now anyone can be in a mastermind, just like anyone can afford an MK purse.  The allure of scarcity is lost.
I run my business focused on staying 100 steps ahead of everyone else, and I run an elite consulting business not some general mastermind.  The concept of being in a paid mastermind is amazing, but the word is now considered lackluster among elite entrepreneurs like myself.
If Joe Schmoe’s mastermind is $97 a year and John Doe’s is $25,000 a year, yet both members can say they are in a paid mastermind, the appeal is lost.  Also the more the public starts to use a new, trending buzzword, the faster it goes out of style.  Think “chillax”.. No one really says it anymore, it’s an old buzzword.
The internet world needs more masterminds about as bad as instagram needs more pictures of wanna be fitness models. Any time I see a trend starting to be overused, I always think back to what Warren Buffett once said. “Be fearful when everyone else is greedy, be greedy when everyone else is fearful”
It was due time for me to switch it up.
About 4 months ago I asked my clients to stop referring to me as a ‘coach’ and start referring to me as what I am, a retained business and marketing consultant.  This is a simple demonstration in the power of words.
Everyone, even your 4 year old, has a coach.  When you hear someone say “my coach says” you probably cringe.  When people say “I’ve retained a high level business and marketing consultant who says”, it carries a lot more weight. It sounds more formal and it’s not something most of us hear on a daily basis.
I’ve done the same for the word mastermind.  I just can’t stand to be like everyone else.  I like to be on the forefront.  Matter of fact, that’s what my clients retain me for, to to help them stay ahead of the game. While they focus on their business, they can count on me to focus on finding solutions to the problems that come with running any business.
So, if I’m not using the term mastermind, what are we calling it?  Since December 2014 we’ve referred to the Tribe as a Business Growth Forum or BGF for short.  Think again here about the power of words. If everyone is in a mastermind but you belong to a business growth forum, it just sounds more formal and powerful.
There’s a reason I don’t dress in camouflage every day, it’s because I don’t want to blend in, I want to stick out.  Creating the new wave of language is just one of the ways marketing allows me to do just that.
I’m not knocking masterminds, I’m just saying they are now the Michael Kors of internet marketing groups.  I’m just doing my part to make sure my clients understand that nothing we do together is average or like anything else, I encourage you to send the same message to yours.
← Rockstar Closer Radio: Why Can't They Just Let Us Be Salesmen? [Cheat Sheet]: How To Close Your First Sale →