Why Lebron James Will NEVER Be Elite Like Michael Jordan, and Why He Would SUCK as a Loan Officer Too 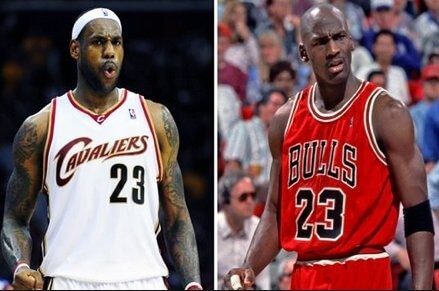 Even though Scotty Pippen said the opposite just the other day. I’m saying it today, “LeBron James will never be Elite like Michael Jordan”  First off, as Mr Pippen so eloquently stated, the guys in the league today are nothing like the guys of the 90s.  The rules are different, the game has changed and the players are softer.  You can’t help but disagree with Scotty we can all agree things mellow out and weaken over time. 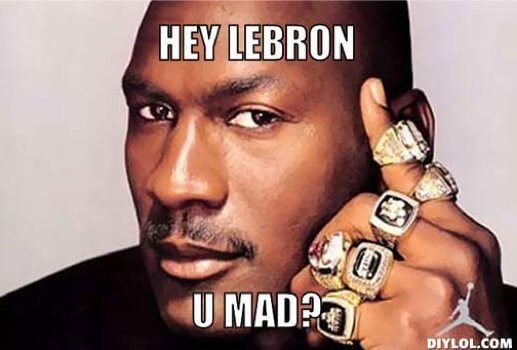 Don’t get me wrong, I have mad respect for King James and his mystical talents.  He’s a bad mofo but he will never measure up the legendary Michael Jordan.  Honestly though, LJ has to feel somewhat honored to be compared to MJ on a regular basis by regular sports fans like me. You never get true results when you compare apples to oranges.  MJ>LJ   Now on the topic of LeBron James originating mortgages and why we would suck at it.  I’m not doubting the guys B-Ball ability, but let’s compare what he does, vs what he would need to be a successful loan officer.

First:  LJ would need to develop a friendlier personality.  All that walking around looking tough, is needed on the court, but in the real estate world, a smile goes a long way.  He would also have to humble himself before the mighty realtors that drive his market.  The personality he needs to develop, better be Agent friendly if he wants to make it in today’s Realtor driven market.

Second: LeBron’s voice is too damn deep and the fact that he is 100ft tall doesn’t really pass the intimidation test.  I could just see it now, little kids run into the bank office only to see a friggin giant standing before them demanding money and papers from their parents.  Oh what a site that would be.  Cryin, screamin kids all over the damned bank.  How long before his manager shuts that shit down?

One thing Mr. James would be good at as a loan officer is bullshitting.  I mean c’mon, you see the dramatization this guy puts on when he is “fouled” he’s a hellavu bullshitter.  The way he plays the refs and players, he might make a better politician than LO.

All in all I’m just having some fun here in making fun of someone who could clearly kick my ass in all categories across the board, but hey that’s what we bloggers do.  We say what we want, hiding behind a computer (PLEASE DON’T HURT ME LJ)  If you enjoyed this post be sure to share it with your friends on facebook, linkedin and twitter.  Also be sure to subscribe on the right hand side of the blog.