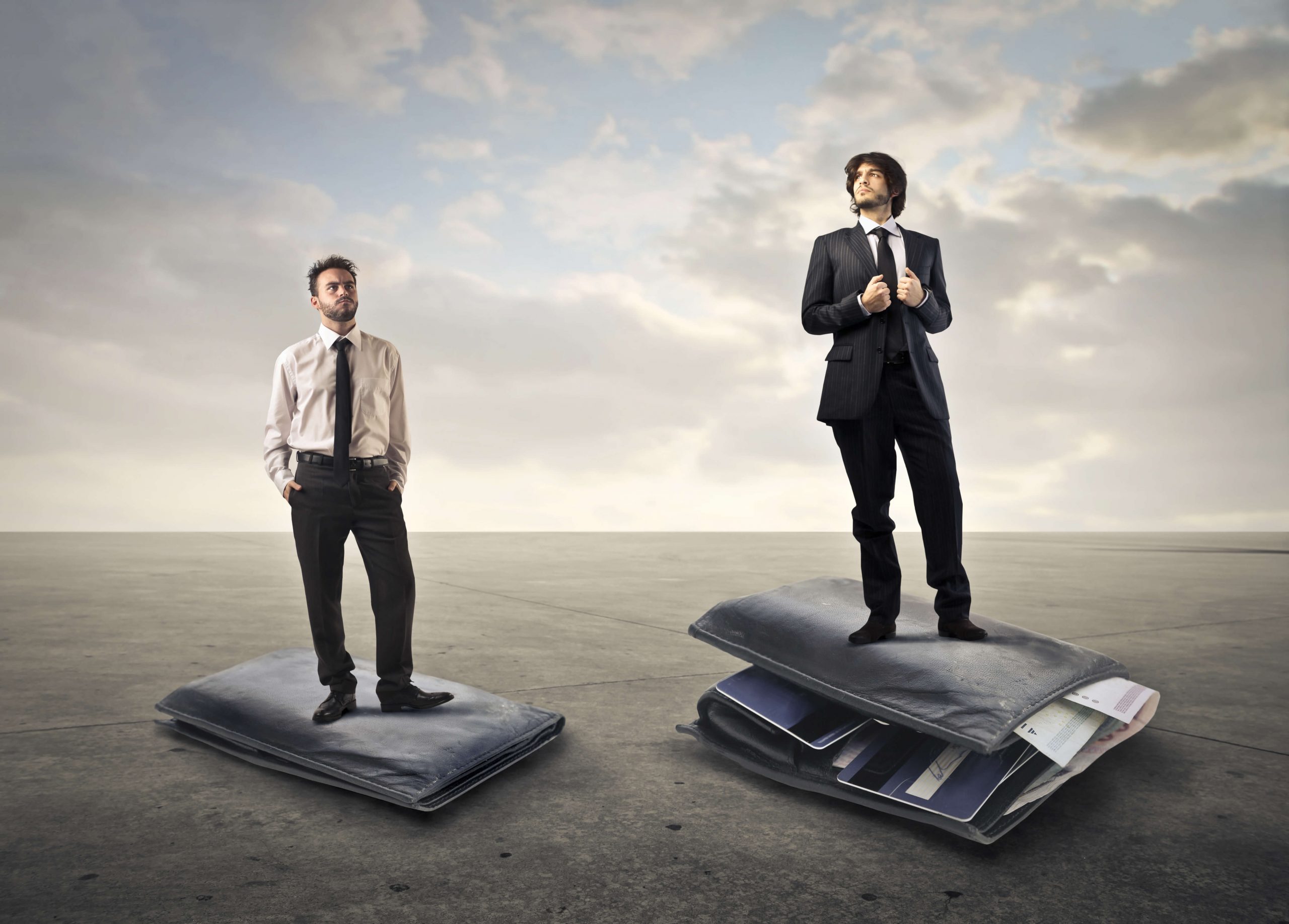 I’m gonna just come out and say it. “Being a millionaire is the new middle class.” There. In my parent’s day, making $100K/year meant something. In today’s times, making $100K in 12 months can leave you completely broke. Half goes to taxes and if you pay $2,000/month in rent, 75 percent of your income is gone from the jump. That leaves you with only $25,000 to pay all your bills for the year.

You may be reading this right now, making $70,000/year and wondering what in the hell I’m talking about. Sure, six figures can change things for a lot of people, but let’s face it, when you make more money, all you do is spend more money. Don’t act like you’re different. You’re in sales. You get the bug to blow cash just like the rest of us.

The key is to outearn your spending habits. Trust me, at $100,000 or so annual income, you’ll wind up at the end of the year with nothing. Why you ask? Because psychologically you’ve been taught your whole life that earning six figures is being rich and most of us blow our cash accordingly.

Worse yet, most of us salesmen suffer from an upper limit problem. If we think we have too much money saved up, we either get lazy at work or we spend it. Nothing is going to change for you at $100K that wasn’t already happening for you at $70K. You’ll only find a way to blow even more money.

In many cases, salesmen end up doing dumb shit with the extra income they make. They buy drugs, bottle service and fancier cars than they have driven in the past. These three items are a 100 percent waste of your money if you’re only earning a lower six-figure income annually.

Sure, I know you’re sitting there, reading this, thinking I’m different. I’ll pay off my bills, give to charity, etc. It’s all bullsh!t. You tell yourself these things, but money changes people. We ALWAYS find a way to spend what we got. You can deny it all you want, but as a guy who earns it and who has helped countless others earn it, I’m just telling you from firsthand experience.

Enough doom and gloom over having first world income earning problems. Let’s talk about what goals to set and how to achieve them. I’m not here to knock your income, I’m here to show you why and how you can be doing more. Doesn’t matter what income level you are at now; you can do what I’m about to teach you.

The first thing you have to do, and this is a must, is get your thinking up. If you think $100,000 is a lot of money, you are mistaken. By letting a six-figure income intimidate you, you’re only guaranteeing that you will screw it up once you get there. Or worse yet, settle for it.

If you’ve spent your whole life imagining what it’s like to earn $100,000 in a year, and then you get there, you’ll settle and think that’s where you want to stay forever. Consider this instead: once you get your goals up and aimed toward earning seven figures, you’ll see an increase in your thinking. Start looking at a million dollars the same way you looked at one hundred thousand.

When you look at a hundred grand, you think it’s attainable and you see a path to get there. Yet, deep in the back of your mind you want a million. The million just seems too far off to attain. Guess what? It’s not. It just takes some increase in thought waves and a decrease in respect for the money game.

Earning a Seven-figure Income in Sales is Not as Hard as it Seems!

You may sell cars, real estate, or mortgages and think I work my ass off to make a six-figure income in sales. It’s impossible to earn seven figures in twelve months at what I do. That’s okay, but I’m going to show you where you are wrong. You need more than one stream of income. You need more than two.

Let’s say you sell real estate. In order to make $100,000 annually as an agent, you need to sell roughly 17 homes at $200,000 each, collecting three percent commission. The average agent, by the way, sells only three homes each year. What I’m saying is 17 homes is way above average for agents. Most agents think $100,000 is about all the money they can make unless they sell higher value homes.

The key is to simply add another bolt onto the service you already sell. As an agent, you should also buy, sell and rent your personal real estate. Let’s say you flip four homes each year. Every 90 days you should be buying, rehabbing and selling a home. Each flip is going to net you at least $25,000 cash, unless you’re buying ultra-cheap properties (this involves the bank giving out loans or hard money—so, I don’t recommend it.)

You’re already selling homes. Why not take on a minimum of four safe projects each year? Most people don’t do it because they are lazy. They don’t want to put in the additional work. Most people try to earn an additional income in a totally unrelated field. That’s not wise.

Keeping with the same example. but using a real estate agent instead, you could also bird dog properties for other investors. Simply find 10 homes each year with a $5,000 margin, so you can make a bird dog fee. It isn’t that hard. It’s actually less than one property location and securement each month.

Even better, you could be like me and teach others how to get leads and close deals; you could tell them all about your process for extra money. It’s called “consulting” and if you’re making $100,000 a year, you can surely help someone who’s making $75,000 get there. People usually pay $5,000 per person which means you only need 20 clients annually to earn another $100,000 doing what you already do.

For those of you in the car biz, you can flip cars easier than agents flip houses. You’ve got no excuses either. If you’re a full-time consultant now, find ways to affiliate market other products as well as to create your own. There’s no reason to have only one six-figure stream of income when it’s too easy to have multiple streams.

Lastly, you grow each of these businesses annually, bankroll invest into scaling them and in 3–5 years you could earn an annual income of over seven figures. Guess what? It’s gonna take work, though. Just so we are clear, the reason most people don’t earn a million is because they refuse to work for it. You gotta do the work! A million bucks isn’t just going to hand itself to you.

If you’d like to know how to create additional streams of income that complement your current business, take a look at my latest program breakfreeacademy.com/entourage It will show you how to craft offers, find niches and advertise your new business to those niches. It’s the best program you’ll ever invest in.

← Introducing OneSpotSocial.com - All your profiles in one place! 5 Habits I Formed From Going To Prison That Help Me Crush It In Business →