Why You Need To Immediately Stop Trying To Sell To Everyone 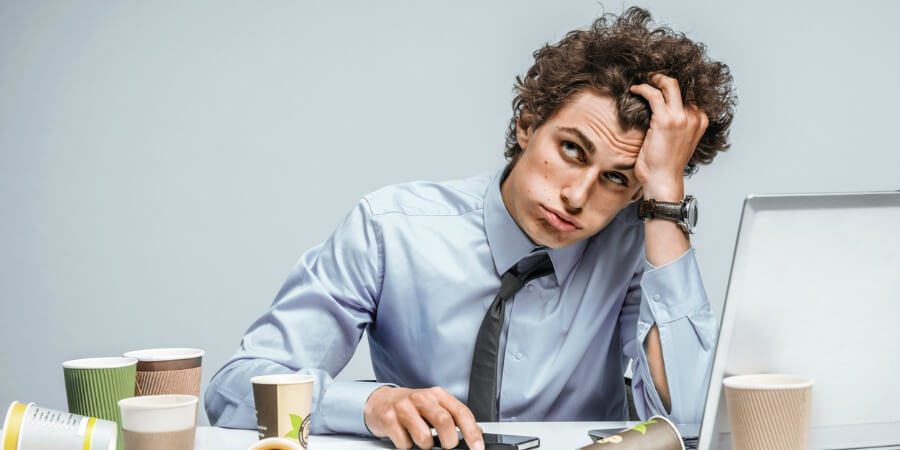 I’m about to drop some truth bombs on you that some of you ain’t trying to hear. It’s okay; I used to think the old school way, too. Problem is, old school thinking won’t get you far in the modern marketplace. I’m about to teach you a sales secret that if applied, will lead you down the path to massive success selling anything to anyone.

Not everyone is a prospect for you.

A lot of salespeople spend too much time trying to close the wrong people. This takes away time they could spend selling to the right people. Most of us are hard heads, though. We spend our time trying to close prospects we shouldn’t have even been talking to in the first place. Then, when we catch a laydown sale, we feel guilty for it being too easy. This hard head way of thinking won’t serve you well in the long run.
Ever see a sales guy who looks worn the f*ck out? You know, the guy who’s 40 years old, overweight, losing his hair and stressed out to the max. They go around talking about how stressful and hard sales is. It doesn’t have to be that way. These are the guys who bring the stress on themselves by trying to sell people they shouldn’t be trying to sell in the first place.

Not everyone is a qualified prospect.

Let’s talk about old school sales for a minute. I’m talking cold calling and door knocking. When we are smiling and dialing, we say things like “One out of every 100 people I talk to will buy from me.” You do realize that means you wasted 99 percent of your time talking to 99 people who had no interest in what you sell, right? Imagine if you only had to talk to that one person instead of the other 99 people. How much less stressful would your work day be?
Rejection is tough. I don’t care how strong you are, how big your ego is, or how good you are at sales, rejection is taxing. When the prospect talks crazy to you, slams the door shut in your face, or hangs up on you, it takes a toll mentally. I’ve learned to use my sales skills to avoid rejection at all costs. Not like a scared little bitch, but like a pro who only sells to those willing to be sold. When a salesman makes this shift, it’s a game changer for them.
It’s time you stop trying to sell everyone you run into. This old school way of thinking is the reason salespeople look so stressed and use substances to escape the grueling reality of being a professional mind changer. What if instead of being a mind changer, you were a problem solver and you only sold to people whose problems you could solve? How much better would your time selling be? When you only sell to qualified prospects, your quality of life increases while your stress levels decrease.

Only sell to prospects who are qualified to buy your products.

When I ask realtors who they sell to, they say, “Anyone who wants to buy, sell or lease real estate.” As soon as they finish saying this, I reply with “I have a $25,000 trailer home in Oklahoma that I need you to sell.” It’s at this point they usually say, “I don’t sell trailers,” or something like that. Yet, they’ve just told me they would sell to “anyone.” This is where they are messing up. Their marketing is that they will sell to anyone, but when anyone hits them up, they don’t want the sale. Or worse yet, they take the trailer home listing and then complain they hate working the deal.
It’s time you stop trying to sell to anyone. You need to be clear on exactly who it is you can help. You see, the mind gets what it focuses on. When you get 100 percent clear on who it is that’s your perfect customer, you can position your marketing with offers that only speak to that person. At the same time, this should naturally repel those you do not wish to do business with.
Imagine if you went to work for eight hours a day and only spoke to qualified prospects. Sure, not all of them would buy from you, but you’d be way more fulfilled, have way less stress and get a sense of relief that you’re not being hung up on or having doors slammed in your face.

I used to try and close anyone at any time but I grew out of that phase.

These days, I don’t like wasting my time or working with people who aren’t a perfect fit for what I do. This cuts down on complaints as well as increases productivity on my end. I only focus on helping people who already earn six figures a year and have some sort of success track record. Back when I used to work with anyone, I got stressed from the people who just didn’t get it. Instead of fighting the battle every day, I simply stopped trying to close people who weren’t a fit.
In 2013, I started running ads on Facebook. My first ad was to loan officers. It said, “If you’re not closing at least $2 million a month in mortgages, I can help you get there.” This was a sales pitch that any LO would take. Problem is, if you’re not closing $2 million a month already, you probably don’t have any money. Selling to broke people is the hardest way to make sales ever. Don’t do it!
After a month of dealing with broke person after broke person, I switched my offer up. I changed it to “If you’re closing a minimum of $2 million a month and you want to get to $5 million, I’m your guy.” This slowed my lead flow WAY DOWN. I went from 30 leads a day to 5 leads a day. But out of those 5 leads, 3 or 4 would buy my shit. When I got 30 leads, only 1-2 had the cash to buy from me. This not only saved me time, but it aligned me with folks who could benefit the most from what I sold. See the difference? I got to work less (5 leads vs. 30), and I made more money. All because I quit trying to sell to unqualified prospects.
Here’s what you need to do. You need to take time today and create your perfect prospect. Who is it that you can help the most, with the least amount of effort? Who is it that you know you can do business with and enjoy it? Who do you want to work with?

Take the time today to make a decision.

Even if you sell insurance, you might say things like “Everyone needs insurance. Therefore, everyone is my prospect.” While everyone does need insurance, do you want to sell to the guy who has bad credit, two DWIs and is three months behind on his current insurance policy? No. Of course, you don’t. No matter what it is you sell, you need to get clear on who it is you want to sell to. This changes the game and it will change your life. I promise.
If you’re tired of chasing down people who don’t want to buy from you and who don’t appreciate your help, I can help you get a steady flow of qualified leads who’d love your help and would benefit from what you sell. You can get all the details at www.breakfreeacademy.com/entourage. Join our Entourage and I’ll show you how easy it is to stop chasing unqualified prospects.
← 5 Sales Positions That Won't Exist in the Next 10 Years THC Podcast 050: 5 Habits Of The Top Performers In Business and Sales →