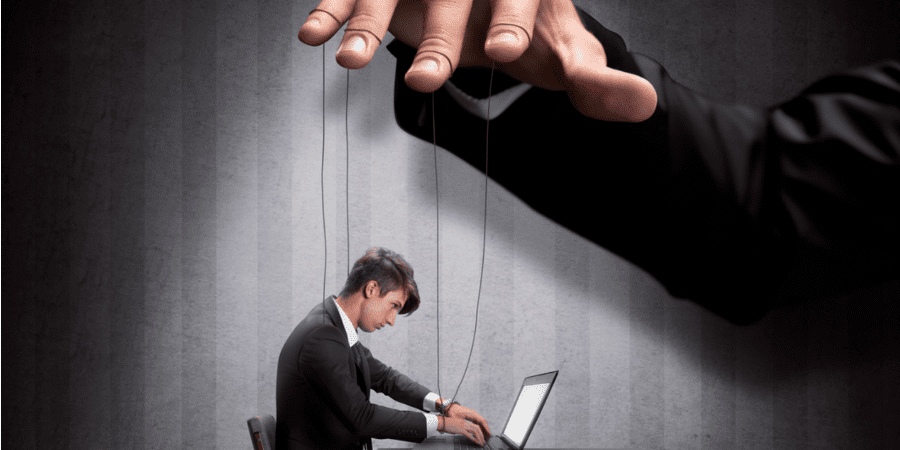 Yep. I’m aware of the shit storm that will prolly take place because of the title and content of this post. Know what? IDGAF. It has to be said. I’m the guy willing to stand up for salespeople everywhere and let them know there’s more. You see, I, too, was brainwashed into thinking sales was the be all/end all in business. It wasn’t until I broke free from the corporate grind that I learned sales is just the foundation.
You can go back and read my posts on this blog since 2011. It’s almost a decade later and some of my first predictions have come true. Sales trainers all over the world are just now teaching what I blogged about in 2013. What I’m telling you is that I’m credible. And what I’m about to say has been my personal experience; I didn’t hear about it at a random seminar.

Sales professionals have been lied to!!!

We’ve been told a bold ass lie by our managers, who, in most cases, don’t even know they are lying. They’ve bought into the lie, too. We are all victims of this lie told to us by the higher-ups who write our paychecks.
But before I explain what that lie is, and why it hurts you so much, I need you to think big. I’m going to stretch your thinking here and many of you will fight me and resist this new way of thinking. You’ll doubt it’s possible. Yet I’ve done it. You’ll doubt I really did it. But I did. I need you to stop thinking about $100,000 per year and start thinking $1,000,000 per month. Then, think about $5,000,000 per month. Then $1,000,000 per day. Those numbers are still low when you think about the fact that in October of 2018 the stock market alone traded two trillion in losses. So, $1,000,000 a day ain’t shit.

Money is all around us and I need you to think big about it.

Our little six and seven figure incomes from sales ain’t shit. We think it’s a lot, but that’s because most of us came from humble beginnings and didn’t have anything to compare it to. When a person grows up rich, goes to private school, ivy league college and joins an exclusive fraternity, when they get lined up with a job making millions per year, they don’t think it’s enough. That’s because they grew up around wealth, so it doesn’t scare them. But most of us came up in the complete opposite of that scenario.
This is why when we think of wealth, we think of a certain number that can keep us comfortable. Comfort is a distraction from the force of average. You should never stop growing, never get complacent, and never stop wanting more. You’ve been conditioned to find a “happily ever after” number. I’m here to tell you that “happily ever after” is bullshit.

Get uncomfortable and think big.

The lie we’ve heard our entire careers is “you can make as much money as you want in sales,” which sounds true, but you can’t make $1B a year as a salesman. You have to create a company, leverage employees, use technology and run an organization to make that kind of money. Sales may be a part of the process but it’s not the salesman who gets the big checks, it’s the CEO and the investors.
Sales is the foundation to success. I firmly believe everyone needs to start out in sales. It’s a great way to earn a decent living and cut your chops on hard work and the art of influence. The skills you learn working in sales are the skills that will carry you all through your career and up the ladder of success.
That being said, there are levels to this shit and sales is level 1. You CAN make all the money you want, but you can’t make massive amounts of money and create an empire working for someone else in sales. To some of you, $500,000 per year is crazy, life-changing money. I’m here to tell you to up your thinking. Why settle for $500K when you can earn $5M?
The next level above the sales professional is self-employed. This is when you eat what you kill. You hustle from deal to deal but you get to keep all the money. At this point, you think you can earn all the money in the world, but that’s a lie, too. You can only personally do so much. While you can be self-employed and easily earn millions per year, you will find a cap on your personal efforts.
When you are a sales pro or self-employed you think about yourself. It’s how much you can make. How much you keep. How much you can beat your numbers by. When you hit the 3rd level, which is CEO, you must start thinking about the company. How can it add to the bottom line? How can this affect the organization? You must think of employees, their families, and so much more. This is the level where the big money comes in. When you get bonuses and a massive salary, you can truly make as much money as you can scale the organization to.
At some point, as a CEO you will get tired. You’ll get burned out and if you were good with your money, you can make the move to the 4th level, which is investor. Investors hire CEOs to work for them. They make their money and people make them more money. They aren’t retired but they aren’t actively running any businesses either.  Investors can invest in companies, stocks, real estate and anything else. This is where the megabucks come in. All billionaires are investors. All of them.

Let me give you some examples of people breaking away from the sales lie.

Tony Robbins started out selling seminars for Jim Rohn. Then he became self-employed and ran his own seminars. From there he built an entire company and became CEO of a billion dollar enterprise. After a period of time, he started investing in over 100 companies and now he only does what he enjoys: speaking. While raking in hundreds of millions in personal income annually.
Grant Cardone started out in sales. Then he went on to be self-employed and did seminars and training. From there, he built his organization to become CEO of over 300 employees. Now he’s a full-time investor with over $800M in real estate holdings. He’s making more money now than he ever did at any of the other three levels.
Gary Vee worked for his parents. He sold wine. He also then was self-employed and started a small marketing firm. He grew into a CEO of over 1,000 employees. Now he’s a full-time investor with over 50 companies like Uber, in his portfolio. Gary Vee makes nine figures per year in income.

I’m showing you, clear as day, the path and way to become stupid fucking rich.

You owe it to yourself, the community, your clients and your family to be rich. You were not put on this planet to settle for six or seven figures a year. You were put here to go to the top and I want to see you there. I’m making the transition from CEO to investor and I have a clear plan for leveling up. I suggest you do the same. I’ve exposed the lie and showed you the truth. The truth is the light. Follow the light.
The first step to building a company and scaling is lead generation. When you can sell, and get fresh leads daily, you’ll find you don’t have much use working for someone else anymore. Leads are power. The easiest place to get leads is from social media. The easiest way to capture those leads is with PhoneSites.com. Sign up for a FREE trial today.
Don’t believe the lie.
← ReWire 159: Haters Want To See You Lose ReWire 160: It's Easy To Be Above Average →